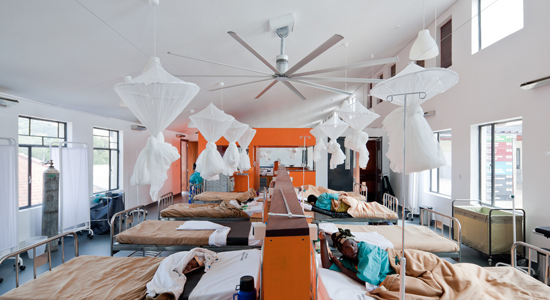 Nigeria has recorded more than 90,000 cases and over 3,000 Cholera related deaths across 35 states in 2021 with individual states reporting at least 5 cases each. The vast majority of reported cases have been concentrated in Bauchi, Kano, Jigawa, Zamfara, Sokoto, and Katsina. Six (6) cholera treatment centres have been opened across the northern region so as to bring the outbreak under control. The Nigeria Centre for Disease Control (NCDC) in its latest epidemiological report released on Sunday stated that four deaths and 78 suspected cholera cases were reported in the country from November 1 to 7, 2021.

The 44-week report from the NCDC revealed that six states reported 78 new suspected cases while the four fatalities were reported from two undisclosed states – with a weekly case fatality ratio (CFR) of 5.1 per cent.

The data in the reporting week shows an 81 per cent decrease in the number of new suspected cases in week 44 compared to week 43 where 409 cases were reported.