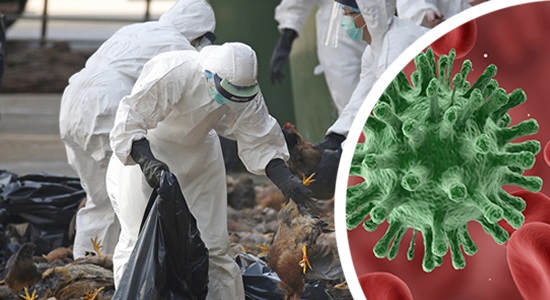 The Federal Government via its Federal Director of Veterinary and Pest Control Services, Dr. Maimuna Abdullahi Habib on 5th January 2023 has revealed that it has tightened its border over the movement of birds into the country, following an outbreak of the popular influenza virus (bird flu) that affects birds in Niger Republic, hence the commencement of bird vaccination in the country. Maimuna also noted that the Minister of Agriculture and Rural Development, Dr. Mohammad Abubakar would be meeting with stakeholders in the poultry industry to ensure measures are put in place to avert the menace of this bird disease.

She said, "It has become endemic all over the world, we have met at the international and regional level and we decided that the government of Nigeria should change its policy from no vaccination to vaccination.

“We are meeting with the Minister on Friday with stakeholders in the poultry industry, we want to discuss and see how we can change the policy from no vaccination to vaccination, which has been done in other countries and it is helping a lot to curtail the disease”.

When asked if the Nigerian government was contemplating closing the borders, she said “definitely, we have people at the borders to control the movements of birds internationally and from anywhere in the world”.

More so, the State Veterinary Administration (SVS) of the Czech Republic has plans of slaughtering all 750,00 hens on a poultry farm in the west of Prague over the outbreak of the bird flu epidemic, as the disease spreads between cities.

“Despite measures taken and other efforts, it was not possible to prevent the spread of the highly contagious poultry disease to further halls and the whole farm will have to be culled.”

The virus can be spread to humans through contact with birds, although researchers believe the risk to human health is negligible. Since November, Czech officials have mandated poultry farms to keep flocks indoors, although there has been an increase in incidents in recent weeks.