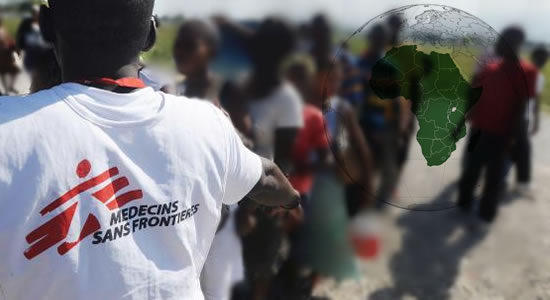 Medecins Sans Frontieres says the tide may have turned in the global fight against AIDS, but too many people in sub-Saharan Africa are developing and dying of AIDS-related diseases due to limited testing and problems with treatment. UN says more than half of people infected with HIV worldwide are now getting drugs and AIDS-related deaths have almost halved since 2005, putting the world on track to hit the target of 30 million people on treatment by 2020.

MSF said in spite of much improved access to Antiretroviral (ARV) drugs in sub-Saharan Africa, an “unacceptably” high number of people are developing AIDS and dying due to drug resistance, treatment being interrupted and late diagnoses. According to the UN, Sub-Saharan Africa accounted for almost three-quarters of the one million AIDS-related deaths recorded in 2016.

“Stigma and a lack of information and knowledge about HIV and AIDS across Africa means a huge number of people are getting left behind,” Sofie Spiers, a doctor and HIV specialist with MSF noted to reporters. We need to ensure increased access to ARV drugs are backed up by awareness raising at a community level, and better care for those who have been on treatment for years,” Spiers said from this week’s International AIDS Society (IAS) conference.

MSF said many AIDS patients across sub-Saharan Africa show signs of treatment failure when they arrive at health facilities, often too late, and need to be switched from first-line to second-line ARV drugs more rapidly to combat resistance. WHO said rising resistance to HIV drugs could undermine the progress made against AIDS unless countries urgently review their HIV treatment programmes and switch to different drug regimens.

According to several public health organisations, the situation for those living with HIV and AIDS in sub-Saharan Africa could deteriorate even further as donor funding declines.

“With global political will and funding for HIV on the decline … these patients arriving at hospitals sick with AIDS will have any hope of reprieve snatched away,” said Mit Philips, health policy advisor at MSF.