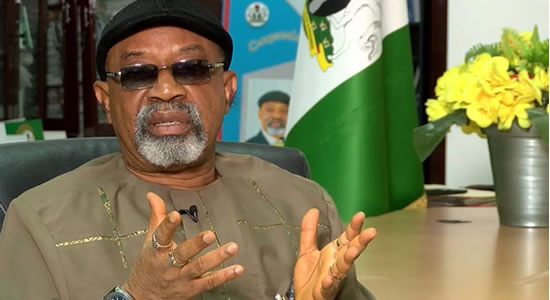 The Minister of Labour and Employment, Chris Ngige has disclosed that the Federal Government is committed to ending the industrial action soon as talks with the Academic Staff Union of the Nigerian Universities (ASUU) resume today. The Minister has dismissed that contrary to insinuations that the Federal Government was playing lackadaisical attitude by not engaging the ASUU was not true as a series of meetings have been ongoing and they are almost near agreement with the academicians. The minister made these remarks while engaging the newsmen at the State House shortly after the meeting with Federal Executive Council (FEC) yesterday.

All Nigerian public Universities have been under lock and key since February 2022, courtesy of ASUU.

ASUU is demanding that the 2009 revitalization of public universities agreement with the federal government must be followed with action, their Academic earn allowance and improved funding of state universities are also part of the demand by the academicians.

Other demands are the replacement of the Integrated Personnel Payroll Information System (IPPIS) by the university Transparent and Accountability Solution (UTAS) in the payment of its members.

The minister slammed the insinuations that the Federal Government was mulling the introduction of an entirely new payment platform for the tertiary institutions in the country, saying it should be disregarded.

ASUU has insisted on UTAS it created against the IPPIS which they claimed is short-changing them in the payment of its emoluments, although, the federal government has insisted that UTAS has failed the integrity test three times and cannot be accepted.

The federal government added that it was ethically the sole responsibility of the employer to determine which platform is best for the payment of its worker's remunerations.

This is as The Senior Staff Association of Nigerian Universities (SSANU) and Non-Academic Staff Union of Allied and Educational Institutions (NASU) had also recommended the Universities Peculiar Personnel Payroll System (UPPPS) as their payment platform similar to ASUU demand.

Meanwhile, the minister assured that effort is in the pipeline to continue to talk with ASUU towards resolving the crises over the payment platforms to adopt and the Universities will resume work soon.