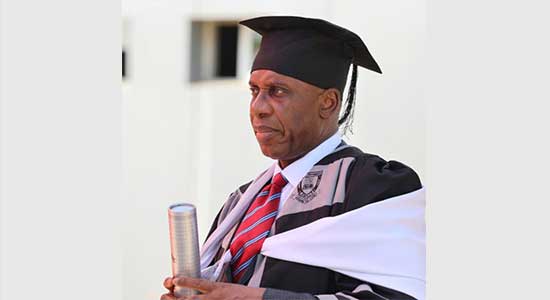 Former governor of Rivers State and the immediate past Minister of Transportation Rotimi Amaechi bagged a law degree from Baze University on 19th November 2022. Amaechi who got the degree alongside 504 students who graduated from the school in various fields of study excelled with a second-class upper result. The graduands were awarded their various certificates at the ninth Graduation Ceremony, held in Abuja. Mr. Amaechi, in a statement issued by his Media Office on Saturday in Abuja, was admitted to the Bachelor of Law Degree Programme when serving as a minister. According to the statement, Mr. Amaechi, in spite of his tight schedules, combined the rigors of academic studies and his official work to achieve the grade.

“Amaechi as a Minister conceptualized the remodeling and the revolution in the railway transportation sector with a brand new Lagos-Ibadan standard gauge rail line started and completed under his supervision.

“In the maritime sector, he pursued an aggressive security policy of the Buhari administration toward ensuring piracy free along Nigeria’s waterways and the Gulf of Guinea, which is code-named the Deep Blue Project.

“Also, under his watch, inland Dry-Ports were established across the country. He played a pivotal role in ensuring the commencement and completion of the Lekki Deep Seaport within the stipulated time.
“His achievements in the Transport sector are regarded by experts as long-lasting legacy infrastructures that are springboard for Nigeria's economic development,” the statement said.