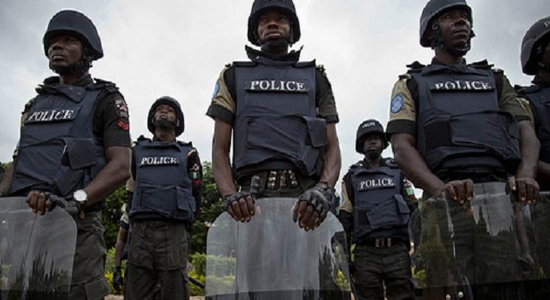 The Enugu State Police Command on Thursday confirmed the arrest of 140 members of the Indigenous People of Biafra (IPOB) within Nsukka area of the state.

The Command's Public Relations Officer, SP Ebere Amaraizu who confirmed the arrest during an interview with NAN said the IPOB members, who included 130 males and 10 females, were arrested for allegedly organizing unlawful procession and display of proscribed items on the streets.

He further said members of the group were arrested on Wednesday by a joint security taskforce and formally handed over to the police in Nsukka. He stressed that the suspects were arrested for allegedly chanting inciting songs against the nation.

“Through a joint security taskforce, 140 IPOB members were arrested on Wednesday while engaging in unlawful procession and display of proscribed items against the nation.

“As at yesterday afternoon and evening, police operatives did a proper profiling of the suspects and collected confessionary statements from them as well.’’

The PPRO said that the suspects would be charged to court on Thursday after going through documentation procedures for identification.

“The police command in Enugu state is urging residents of the state to remain law abiding as security and safety is the bedrock of any progressive society,” he said.

He however assured law-abiding citizens to go about their activities “without fear of intimidation or molestation."