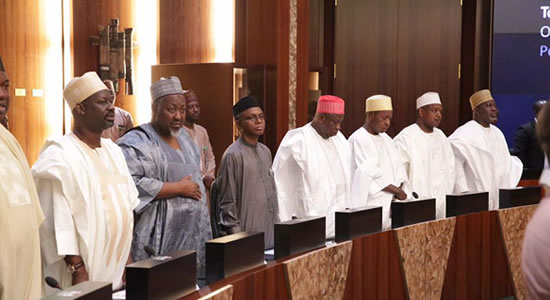 Governors of the 36 states of the federation under the umbrella of Nigeria Governors Forum (NGF), yesterday February, 17, unanimously voted against open grazing, announcing that it is no longer fashionable. They made the decision during their first physical meeting since the coronavirus pandemic hit the country, at the banquet hall of the State House Conference Center. Recalled that the Northern States Governors’ Forum (NSGF) on February, 10 admitted that open grazing is no longer fashionable in modern society.

In a communiqué issued following their virtual meeting, the forum had noted that the current system of herding mainly through open grazing is no longer sustainable, in view of growing urbanisation and population of the country.

Consequently, it resolved to sensitise herders on the need to adopt new methods of herding, either by ranching or other acceptable modern methods.

The governors called on political leaders to isolate criminality and social groups in their domains with a view to treating criminals like criminals.