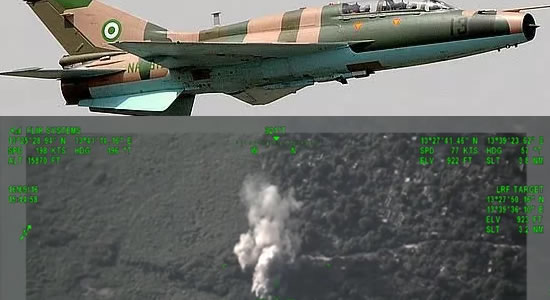 A Nigerian Air Force jet while on a mission of bombarding Boko Haram in a counter-insurgency operation in Borno state goes missing in action.

The Alpha Jet was on interjection support for the ground troops when it goes off the radar.

The mission was is part of the ongoing onslaught operations against the terrorist in Borno state, North-East Nigeria.

According to the military authorities, while speaking through force Director of public relations and Information, Air Commodore Edward Gabkwet said the jet goes off the radar about 1708hrs yesterday, 31st March 2021.

Gabkwet said, “Details of the whereabouts of the aircraft or likely cause of contact loss are still sketchy but will be relayed to the general public as soon as they become clear.”

However, there are speculations that the jet must have developed a mechanical problem while on strenuous operation.

Meanwhile, a rescue operation has commenced unveiling the mystery behind the unfortunate incident.