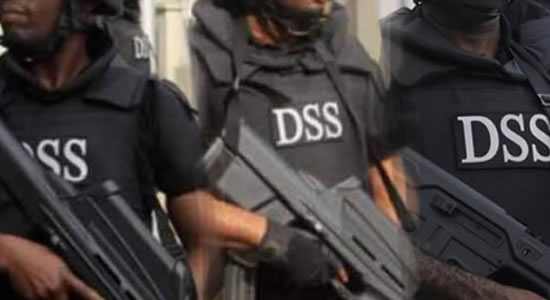 The statement read in part: "While the Service reaffirms its unambiguous support to an indivisible, indissoluble and united Nigerian State in accordance with the provisions of the Constitution, it will no longer tolerate deliberate machinations by subversive and hostile groups whose agenda is to throw the country into anarchy so as so to serve the interests of their sponsors.

"It is unfortunate that those in the forefront of this are respectable individuals who should be patriotic and not allow their personal ambitions to ruin the nation.

The Service has also noted their desperation and penchant to collaborate with external forces and influences against Nigeria."

The DSS spokesman, Mr. Peter Afunanya said the agency would not tolerate those whose motive was to disintegrate the country.

Afunanya said democracy offers freedom of speech but individuals especially influential personalities should refrain from making reckless pronouncements that could undermine security and cause a breakdown of law and order.

Furthermore, the secret police said it would continue to work with other security and law enforcement agencies to ensure the maintenance of peace and internal security of the nation.