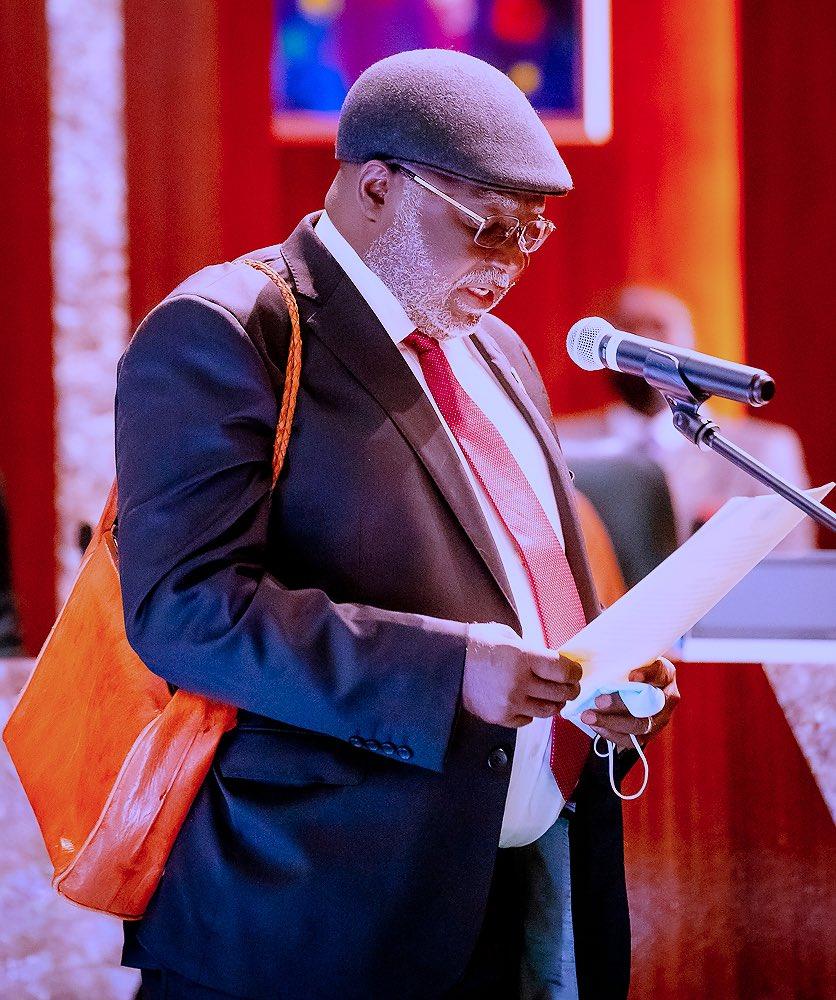 The newly sworn-in Chief Justice of the Federation (CJN), Olukayode Ariwoola has sought a constitutional amendment to halt some cases from reaching Supreme Court. The CJN made this appeal yesterday when he appeared before the lawmakers for a screening exercise to confirm him as the substantive CJN, saying the volume of workload at the apex court was overwhelming. He disclosed that the number of Supreme Court justices has gradually reduced from the usual 21 numbers to now 13 members only.

In his statement, “More justices need to be appointed as out of 21 needed in the supreme court, only 13 are left and for expeditious consideration of cases, some of the cases should be allowed to stop at the court of appeal through constitution amendment to that effect,”

He appealed to the National Assembly to consider amending the part of the constitution that will make such a system work.

He noted that so far, matters that do not make it to the apex court are cases emanating from National Industrial Court, and courts of appeal decisions concerning election petition tribunal from Senatorial, House of Reps, and House of Assembly petitions cases.

He recalled that last year, a similar bill sponsored to make the same correction suffered a setback in the house of Reps.
The bill, titled “Constitution of the Federal Republic of Nigeria (Fifth Alteration) Bill, 2020”, seeks to make all appeals filed at the supreme court go through leave, “that is, the court is to determine by way of application whether a particular case deserves its attention”.

The bill which was sponsored by Onofiok Luke, a lawmaker from Akwa Ibom and sponsor of the bill, said the Supreme Court is overburdened by a large number of cases, and could not scale through.

According to Luke, who is the chairman of the house committee on the judiciary, the constitution grants unlimited jurisdiction to the Supreme Court to handle all cases, and this gives “litigants the unfettered right in most cases to approach the court on any issue”.

He explained, “Some litigants and lawyers have exploited this loophole and filed all manner of undeserving and unmerited cases and interlocutory applications before the court,”

He revealed that it is on this note that the constitution needs to be amended to save the apex court from listening to all forms of cases it does not deserve its listening ear.

However, the bill was rejected by the majority of the lawmakers after it was put to a voice vote by Idris Wase, deputy speaker of the house.