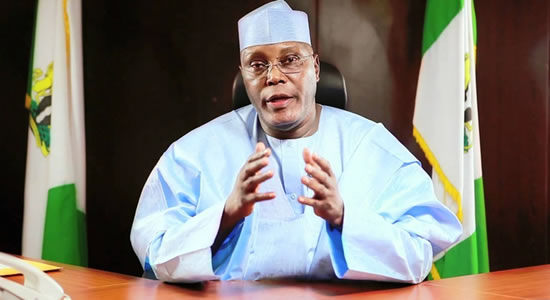 Atiku Abubakar, the presidential candidate of the Peoples Democratic Party (PDP) has backtracked his earlier claim of speaking with widow of Lt. Col Sakaba, whom was killed by Boko haram in Metele attack that claimed the life of some troop in Borno state last month.

He now claims he spoke with the sister, Maryam instead.

Atiku had earlier availed himself to a wide criticism following his online post that he spoke with the slain officer’s widow to score cheap political point; however, the widow later denied speaking to Atiku and wondered why an old man of his status have to lie.

The PDP candidate later made a U-turn and apologised for misleading Nigerian. According to him, following the onslaught by boko haram on the 157 Taskforce Battalion in Metele, Borno state that consumed the officer, Atiku made effort to call the wife to no avail. But later claimed he spoke with the sister.

However, he admitted that his tweet was erroneously communicated. He meant the call was with the sister instead not the wife. “Atiku Abubakar, meanwhile reaffirms his deepest condolence to the Sakaba family, which sacrifices, like those of their brave son, keeps us safe”.