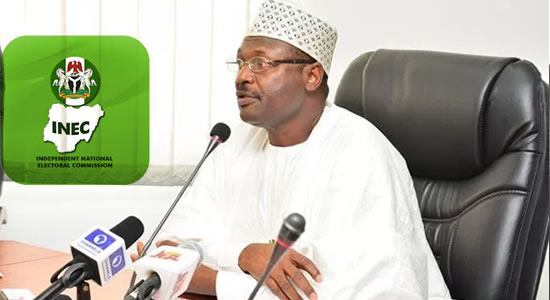 The Independent National Electoral Commission, INEC, has explained the real reason why the 2019 presidential candidate of the Peoples Democratic Party, PDP, Atiku Abubakar, was not declared the winner of the February 23 election.

The Commission told the Presidential Election Petition Tribunal sitting in Abuja that it was satisfied that Atiku did not secure majority of lawful votes cast during the election. It stated this in a final written address it filed before the Justice Mohammed Garba-led five-member panel tribunal, INEC, through its lawyers led by Mr. Yunus Usman SAN, seeking the dismissal of Atiku’s petition on the outcome of the 2019 presidential election.

“We refer to the relevant paragraphs of the petition where the petitioners made the sundry allegations of deliberate wrong entry/falsification of election results by the 1st Respondent.

“Clearly, it can be gleaned that nothing concrete or specific has been offered by the Petitioners in this regard.

“Thereafter, the petitioners proceeded to break down this allegation State by State.

“However, a cursory appraisal of paragraph 155(4) of the petition dealing with this allegation of ‘posting wrong results’ to the non-existent 1st Respondent’s server and not the wrongful entry of the results in the physical /manual Form EC8 series.

“The most astonishing part is that the petitioners failed to call witnesses who were at the various Units to observe these various alleged anomalies.

“We submit that allegations bordering on alleged wrong entry/falsification of election result are criminal in nature and must be proved beyond reasonable doubt.

“Furthermore, by virtue of section 150(1) of the Evidence Act, the results declared by the 1st Respondent enjoy a presumption of regularity. Accordingly, the petitioners herein are duty-bound to rebut this presumption with credible evidence”.

It added: “We submit that it is trite law that not only is the petitioner duty-bound to prove each and every allegation on non-compliance; he is also expected to prove that such non-compliance substantially affected the result of the election.

“We humbly submit from the foregoing that the petitioners have failed to prove the allegation of non-compliance with the Electoral Act, and indeed every other allegation contained in the petition. The petition, therefore, lacks merit and should be thrown out on this point and this honourable court is urged so to do.

“In the instant petition, the petitioners called 62 witnesses in proof of their petition. Only 5 were polling agents, while 5 were Assistant Presiding Officers, who incidentally had no problem with the conduct of the election but only came to assert that they transmitted the election result to a fictitious and non-existent server.

“The rest of the witnesses called are Ward, Local Government, State or National Collation Agents. And the aim of the petitioner is to use them to prove allegations of non-compliance with the Electoral Act during the Presidential Elections in 36 States of the Federation and the Federal Capital Territory Abuja. What a mission impossible!

“The eyes of the parties and candidates in an election at the Polling Unit are their respective agents and voters who were present to cast their votes. Consequently, in calling witnesses in proof of these allegations, these class of individuals are indispensable.

“Taking a rational, reasonable and critical examination and assessment of the evidence placed before this honorable court, one cannot but submit most humbly that the elements of the allegations of corrupt practices against the 1st, 2nd and 3rd Respondents have not been proved at all talk less of proof beyond reasonable doubt”.