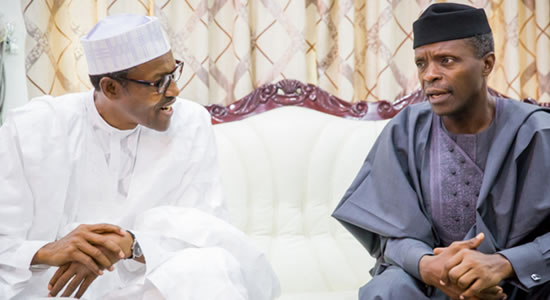 Presidency Speaks On Rift Between Buhari And Osinbajo

Dailypost noted that While the EMT was headed by Osinbajo, the newly constituted EAC will report directly to President Buhari.

Speaking while appearing as a guest on Channels TV’s Politics Today, on Wednesday, Special Adviser to the President on Media and Publicity, Femi Adesina, said all that the president had done particularly this week was just to “tweak governance and get the best for Nigerians”.

Adeshina maintained that the presidency remains one and that there’s been too much suspicion and different kinds of inferences which he believes are only aimed at driving a wedge between both the President and the Vice President.

“It’s just some Nigerians who want to drive a wedge between the President and the VP, that read meanings into everything and insinuate but there’s no need for that,” he said.