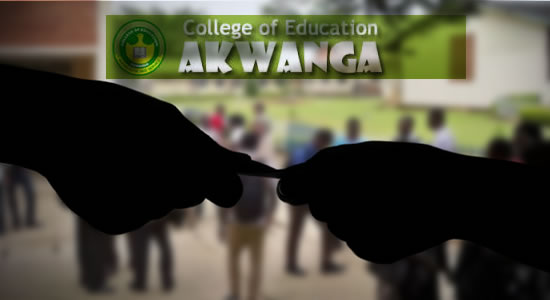 Paul Madela, lecturer, College of Education, Akwanga, Nasarawa State, has been sacked after extorting money to clear students who had carry-overs in some courses. Dr. Rebecca Umaru, the Provost COE Akwanga, reported to News Agency of Nigeria (NAN) on Tuesday in Akwanga that the lecturer, who is the institution’s examination officer, extorted money from students that had failed some courses and were expected to carry them over.

“The Governing Council of the college approved his sack when a committee set up to investigate the allegation found him culpable,” Umaru said.

Umaru said that two other lecturers, Musa Agwadu and Ibrahim Shakaro, were also being investigated for diverting registration money they allegedly collected from students.

“If the two lecturers are found guilty, we shall apply appropriate sanctions in line with the law,” she said. Umaru also dismissed reports that one of her deputies slapped a student in an examination hall.

“A student was asked to leave the examination hall for not paying registration fees and therefore not obtaining an examination card. Based on the preliminary investigation, the student is a victim of extortion by one of the lecturers under investigation. The lecturer is accused of diverting registration money he collected from the said student. The situation actually created tension in the college and even forced management to suspend the on-going examinations. But no one was slapped or beaten,” he said.

Umaru warned students and parents against giving registration fees to any staff, and advised that all fees be paid into the designated bank accounts.

She also advised students to desist from social vices such as cultism, examination malpractice, indecent dressing and drunkenness as anyone caught would face sanctions.