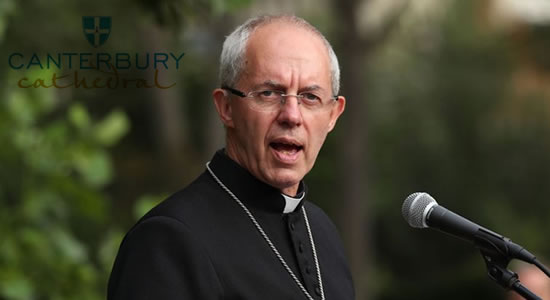 The Archbishop of Canterbury, Most Revd Justin Portal Welby has reacted to the killing of Lawan Andimi, chairman of the Christian Association of Nigeria (CAN) in Michika Local Government Area of Adamawa State by Boko Haram insurgents. Dailypost recalls that the CAN chairman was abducted by Boko Haram when they attacked Michika on January 3.

Although he was initially declared missing by his family and church, he later appeared in a video released by Boko Haram, wherein he pleaded with authorities to secure his release.

Reacting to the killing, Archbishop Welby described the death of Andimi as an attack on Christians.

The Archbishop who made his position known via his verified Twitter page wrote: “Boko Haram’s murder of Lawan Andimi, a prominent Christian leader in Nigeria, is another attack on Christians, as we saw at Christmas.

“ His last statement was of faith and hope. We must thank God for his witness and pray for his family, and for authorities to be effective.”