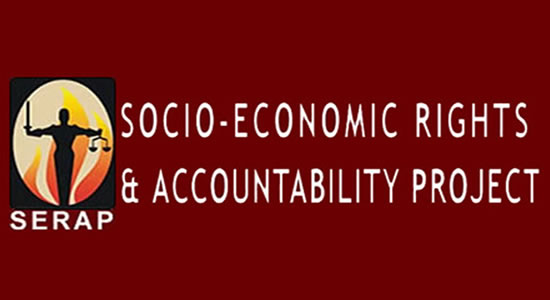 The Socio-Economic and Accountability Project (SERAP) and 192 other have filed a lawsuit demanding the Federal High Court sitting in Abuja to restrain Femi Gbajabiamila, Speaker House of Reps and all his members from spending  N5 billion Naira they plan to squander on buying luxury cars for themselves.

SERAP also asked the Court to stop the National Assembly Commission from releasing the said money to the House of Reps Members to purchase the Year 2020 Model Toyota Camry Cars to plan to buy which each will cost $35,130 per car.

In the suit number FHC/ABJ/CS/205/2020, SERAP and the 192 other Nigerians argued that: “It is illegal and unpatriotic for members of the House of Representatives to choose to buy expensive and exotic cars while encouraging other Nigerians to tighten their belts for austerity while advising Nigerians to patronize Nigerian brands.

It is also illegal for members to reject cheaper and equally reliable options while the country is busy borrowing.

The statement which partly reads; “If the members of House of Representatives take their duties to the most vulnerable and disadvantaged among us seriously, including their duties to judiciously spend public funds, they would not have voted to spend over $35,000 per car, especially given the current economic and financial realities of Nigeria.

“There is chronic poverty in Nigeria and many state governments are unable to pay salaries of workers and pensions.

Unless the reliefs sought are granted, the House of Representatives will spend over N5 billion of public funds to buy the exotic cars at the expense of many Nigerians living in poverty and misery.”

The group disclosed this is not acceptable while demanding the court to invoke Section 57[4] of the Public Procurement Act 2007, the oath of office, and Paragraph 1 of Code of Conduct for Public Officers [Fifth Schedule Part 1] of the Nigerian Constitution of 1999 [as amended].” because it amounts to breach of the constitution.

The suit filed on behalf of SERAP and other concerned Nigerians reads through their lawyers Kolawole Oluwadare and Opeyemi Owolabi reads; “Members of the House of Representatives are either unaware of the constitutional and statutory provisions on their fiduciary duties and judicious use of public funds or deliberately glossing over these provisions.”

The group said it is no longer secret the lawmakers collect millions as monthly allowance and hundreds of millions at the end of their tenure as severance without minding what Nigerians are going through while pushing the federal government into borrowing.