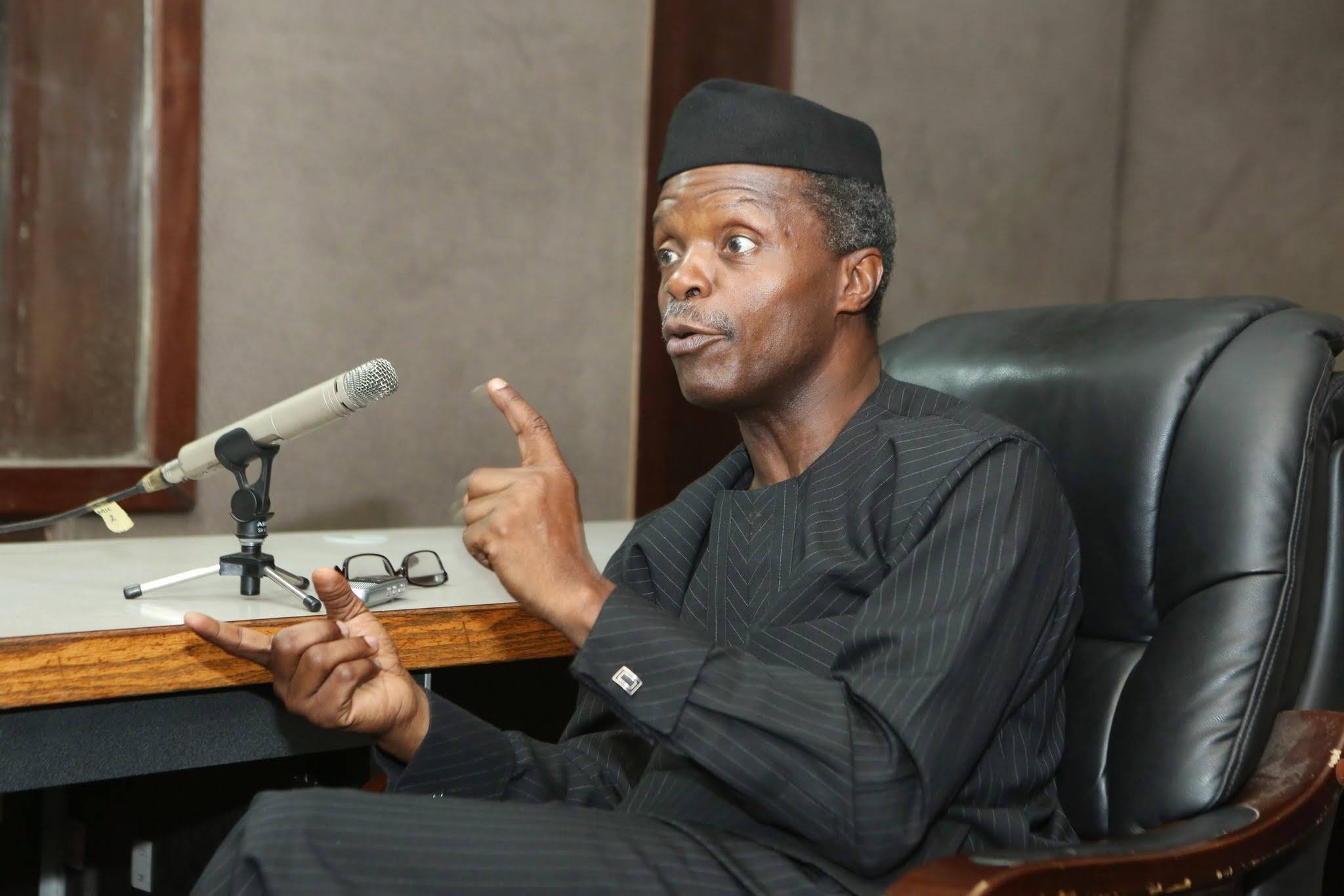 Vice President Prof. Yemi Osinbajo has yesterday denied any involvement that has to do with receiving an alleged N4 billion Naira from the embattled and ousted acting Chairman of the Economic and Financial Crime Commission (EFCC), Ibrahim Magu.

The statement was made by, Laolu Akande, the Vice president spokesperson and partly reads; “The attention of the office of the Vice president has been drawn to a series of tweets and online publication by Pointblank News and Newsreel.com.ng today 8th July 2020, credited to the same person, one Jackson Ude.

“In essence, Ude’s story is that “embattled former chairman of EFCC, allegedly embezzled over N39 billion and gave Vice President Yemi Osinbajo (sic) N4 billion, after the VP gave instruction to him to release some of the recovered loots.

“The same Jackson Ude has been circulating a video on YouTube with a female commentator, peddling the same lies.“With all emphasis at our disposal, let it be firmly stated that these are totally false and baseless fabrication purporting to reflect goings-on at the probe Panel Investigating Mr. Ibrahim Magu.

“They are indeed completely absurd in every respect, Akande added.“Sadly, such mindless, vicious and reckless publications have now become the preferred tool of unscrupulous and reprobate elements in our society who are procured with monetary inducement to peddle blatant falsehood, tarnish the image of upright public officials and mislead unsuspecting Nigerians.

Akande concluded, “Vice President Yemi Osinbajo, SAN, will of course not be distracted by these obvious campaigns of lies and calumny.”