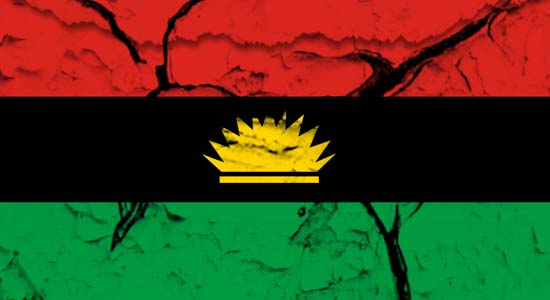 Amidst resolve by IPOB to disrupt Anambra polls, another pro-Biafran group, MASSOB has urged Biafrans to procure their voter's cards and vote for the candidate of their choice in the forthcoming election. This came as a gubernatorial aspirant on the platform of the Peoples Democratic Party, PDP, Prince John Okechukwu Emeka, over the weekend, said no group has the power to stop the Anambra State governorship election slated for November 18.

This is even as Inter-Party Advisory Committee, IPAC, has flayed IPOB and its leader, Nnamdi Kanu, on their stand to boycott Anambra election if a date is not set for a referendum for the process of Biafra. Members of the Movement for the Survival of the Sovereign State of Biafra (MASSOB) made this known during their rally to mark the 17th anniversary of the movement, yesterday, in Awka, Anambra State. The organisation maintained that Nigeria is still one sovereign nation and as such, the call is tantamount to a joke taken too far.

MASSOB, therefore, ordered all Biafrans eligible to vote, to immediately go for voters registration at the nearest Independent National Electoral Commission, INEC, office. National Secretary of MASSOB, Comrade Ugwuoke Ibem Ugwuoke, in a statement, yesterday, said the group after its national meeting presided over by its leader, Comrade Uchenna Madu, resolved the following engagements for the people of Biafra:

“That MASSOB orders all Biafrans that are constitutionally eligible to vote to immediately go for voters registration cards at the nearest INEC offices; that possession of the Nigeria voters cards is not for Nigeria election but for Biafra referendum.

“Boycotting voters registration and possessing the card is a self-inflicted decision for any referendum on self-determination for the sovereignty of a state.

He said MASSOB will commemorate the 18th anniversary of the formation of MASSOB, adding that MASSOB is a movement that is propelled by the will and decisions of members.