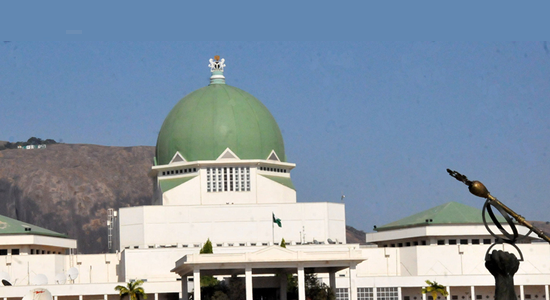 The Senate has threatened to invoke its constitutional power and force the Chairman/Chief Executive Officer of the National Drug Law Enforcement Agency (NDLEA), Gen. Muhammad Buba Marwa (Rtd.), and the National Security Adviser (NSA), Babagana Munguno, over their repeated failure to honour its invitation on the alleged fraud totaling N3,967,000,000. The Senate is currently scrutinizing queries issued against the NDLEA and the ONSA by the office of the Auditor-General for the Federation. NDLEA has 11 queries of various infractions totaling about N467m while the ONSA was expected to address a case of alleged diversion of N3.5bn meant for the National Automotive Design and Development Council. The Chairman, Senator Mathew Urhoghide expressed displeasure over the alleged refusal of both Marawa and Munguno to appear before the Senate Public Accounts Committee (SPAC). Urhoghide said, we wrote to the NDLEA in 2018 to appear before us but they did not respond despite the fact that they acknowledge the letter. “Another letter was written on February 1, 2021. Thereafter, they only sent written responses; they are supposed to appear physically, they acknowledge the letter and sent a response on March 21.

“We don’t have reverence for personality. We advise them in their best interest to appear, we are warning them for the last time, we are going to use every constitutional means to force them to appear before us,” he added.

“We have the power to request for an arrest warrant if that is what will bring them to the National Assembly to give the account of their stewardship to Nigerians.”

On the NSA, Urhoghide said, “The NSA should come and clarify, we do not have other issues directly with him, we implore him to send any person of competence to appear in person.”

The NDLEA had in response to the AGF query through its Director of Media and Advocacy, Femi Babafemi, been reported to have said, “I have checked through all the relevant channels within the agency and nobody is aware or has received any such invitation from the Senate committee.

“I’m, however, aware that the issues raised had been adequately addressed by the previous leadership of the agency before the incumbent chairman came into office.”