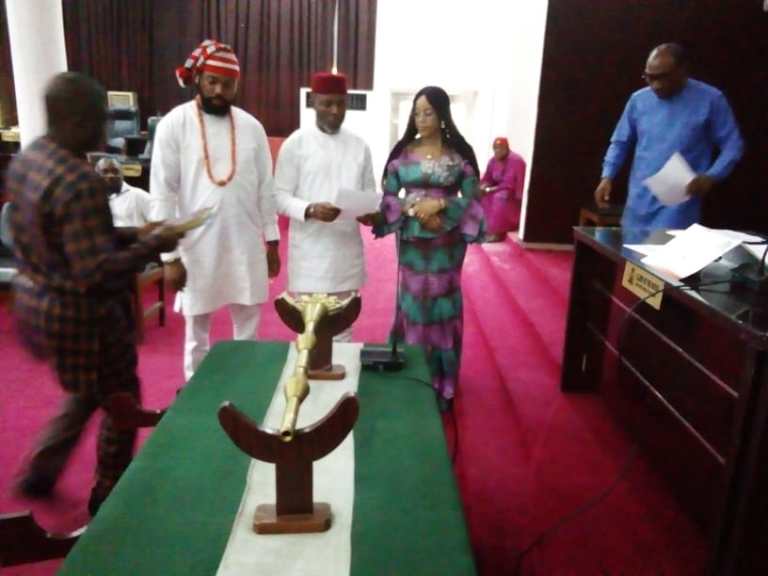 Lawmakers in the Imo State House of Assembly on Monday impeached the Speaker, Paul Emeziem and the member representing Obowo constituency, Kennedy Ibe has been elected as the new Speaker of the Assembly. Emeziem was impeached during a plenary session by 19 lawmakers out of 27 in a signed letter over alleged gross misconduct, forgery, abuse of office, and high-handedness.

Emeziem, who got wind of his removal came into the Assembly complex but was barred from gaining access into the complex. Also, Assembly staff and other legislative aides were barred from accessing the complex.

In November 2020, lawmakers in the Imo House of Assembly impeached the then speaker, Chiji Collins over similar allegations and elected Emeziem.

The new Speaker was among the six suspended lawmakers in July for alleged "unparliamentary conduct".

Speaking on the development, Emeziem said “Amara Iwuanyanwu can’t convene a plenary because he was properly impeached. If there should be any plenary, I am the one empowered by the law to call for it. Today is not our plenary day. Today is for our committee sittings not plenary. Amara Iwuanyanwu stands impeached.”