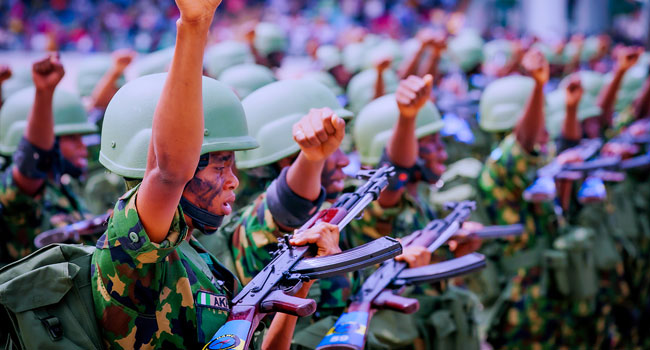 The 34 Artillery Brigade of the Nigerian Army in Obinze, Owerri, says it remains committed to the security of lives of Imo electorate during and after the 2023 elections. The Brigade Commander, Brig.-Gen. Sani Sulaiman, said this on Saturday during the 2022 edition of the West African Social Activities (WASA) at the Obinze Barracks.

Mr Sulaiman also said that the brigade would do everything within its legitimate powers to protect the collective will of the masses.

He called on other security agencies “to square up with the army” to ensure a secure environment for a hitch-free electioneering.

“Our commitment to the security of lives and property of Imo voters remains sacrosanct.

“We thank security agencies in the state for the level of cooperation we received in 2022 and urge them to do even more this electioneering year,” he said.

He also thanked the Chief of Army Staff, Lt.-Gen. Faruk Yahaya, for providing the logistics needs for adequate security in the state.

He also thanked the General Officer Commanding, 82 Division of the Nigerian Army, Maj.-Gen. Umar Musa, and retired generals for their mentorship to the brigade.

In a remark, Mr Uzodimma thanked the brigade for its dogged efforts, which resulted in the return of peace and security in Imo.

He pledged his readiness to continue to support the military and all its activities.

He conveyed the condolences of the people and government of Imo to the brigade over the loss of soldiers in the line of duty.

The governor was represented by the Commissioner for Budget, Economic Planning and Statistics, C. C. Osuala.

Highpoints of the event included the presentation of awards to seven outstanding soldiers for their courage and hard work in 2022.