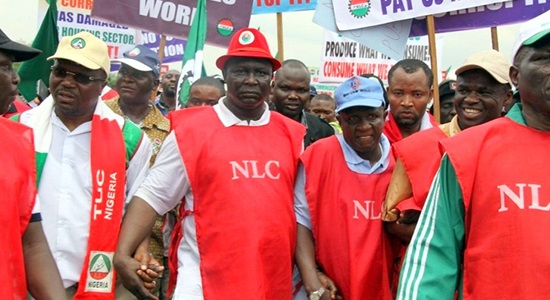 The Nigeria Labour Congress (NLC) has thrown its weight behind the ongoing strike embarked upon by the Academic Staff Union of Universities (ASUU). The General Secretary of the Congress, Dr. Peter Ozo-Eson who made this known on Monday called on the Federal Government to honour agreements reached with aggrieved University lecturers to restore normalcy to public universities.

Ozo-Eson who hinted that he was part of the team that negotiated the contentious agreement in 2009, accused those in government of attempting to destroy the nation's education system, having sent their children abroad for studies.

He further disclosed that the NLC would soon meet to consider the nature of support to render to ASUU in case the strike is prolonged.

“When an employer enters into a collective bargaining agreement, it is expected that both parties will honour the terms of the agreement. The 2009 agreement was entered into. Incidentally, I was a member of the negotiating team"

“I negotiated that agreement on the ASUU side and it took a long time for a decision to be reached. Initially, government backed away, then it reconstituted and gave authority to the Onosode committee and at the end, the agreement was signed, but government has failed to fully implement it"

“They (government) do this so brazenly and so easily because most of their children do not attend universities here. They are abroad. And that is where the citizens come in. Citizens must be able to hold these people accountable by insisting that their own children have a right to uninterrupted education too and therefore force government to do what is correct so that education can be without interruption" He added.