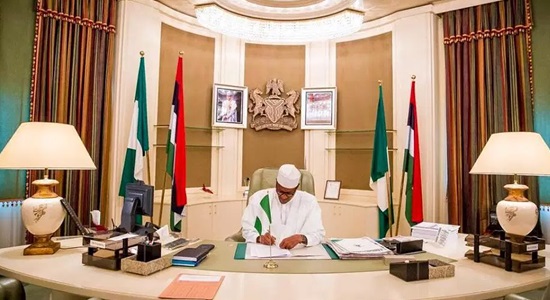 President Muhammadu Buhari is expected to present the 2019 budget to the National Assembly next week. It gathered that the president will tomorrow chair a special session of the Federal Executive Council (FEC) to deliberate and approve the 2019 budget.

Special adviser on media to the president, Femi Adesina, who disclosed this after the FEC meeting presided over by Vice President Yemi Osinbajo at the presidential villa, Abuja, yesterday, said the FEC meeting is expected to put finishing touches to the budget after which the president will then forward it as Appropriation Bill to the National Assembly.

Nigeria’s fiscal year has remained between January-December, since Independence in 1960, and, indeed, senior citizens may recall the ritual of budget speeches, by the Prime Minister or later President, on New Year’s Eve or shortly before December 31, while the nitty-gritty or specific details of each year’s budget would be revealed, usually, soon after, by the respective Finance Minister, who would capture changes in tariffs, taxes and other government economic policies that would be adopted for each year.

Invariably, with such arrangement, budget implementation could commence annually on the 1st day of January, so as to allow 12 full months for comprehensive implementation of Government’s expressed intentions and policy directions. Furthermore, when budgets are promptly enacted, stakeholders, such as investors, Organized Private Sector and Labour would also have the opportunity to align their activities and expectations with government’s positions in each year’s budget.

Regrettably, in retrospect, however, since the return to Civil Administration in 1999, the process of budget presentation and final Presidential assent, has wobbled without rhythm, and consequently, largely, frustrated comprehensive budget implementation every year, notwithstanding the adverse impact of such partial implementation, on the economy and people of Nigeria.

Similarly, the 2007 budget was also laid before Parliament on October 26, 2006, but also became Law, eighty-two days later on December 22, 2006. The notable, other early Presidential assent was the 2013 budget, which the National Assembly received on October 10, 2012, and which later became Law on February 26, 2013, after over four months in the pipeline.

Similarly, the budgets for 2008, 2010, and 2012 ultimately received Presidential assent in April of these Fiscal Years, while the 2011 Appropriation bill became law as late as 26th May; i.e. after almost 50% of the year had expired! In the same vein, President Jonathan’s 2014 & 2015, budgets received Presidential assent in April of each year, while President Buhari’s 2016 and 2017 budgets similarly suffered extended delays before assent in the Fiscal Year.

PMB’s 2018 budget received Presidential assent as late as June 2018; i.e. over seven months after the National Assembly received the appropriation bill on November 7, 2017.

In summary, therefore, almost all budgets, with the exception of 2001 and 2007, suffered protracted and unnecessary delays before approval. Instructively, however, when a budget is delayed for a significant portion of its operational year, the plan objective of such government, particularly with regard to the implementation of the capital component, which largely drives improved public infrastructure and social welfare, becomes largely unattainable.

Sections 81 (1) and 82 of the 1999 Constitution and 2007 Financial Reporting Act would require urgent amendment to fast track Presidential assent and implementation of the fiscal plan.

Notably, however, in the absence of such a definitive Act that makes it mandatory for the National Assembly to receive the Appropriation bill before, say, 30th June every year, there may be no end to the extended delays that impede implementation of annual fiscal plans; in this event, there would be no reprieve, either, from the increasing challenge to rising unemployment, poverty reduction or indeed, to any significantly improved social welfare for more Nigerians.

If the arms of government remain loyal to the established Medium Term Expenditure Framework, (MTEF), which derives from the umbrella of the Economic Recovery & Growth Plan (ERGP), is strictly complied with, the process of budget preparation and assent will certainly become facilitated so that implementation would properly commence as from the 1st of January of each Fiscal Year to achieve the progressive goals of government!