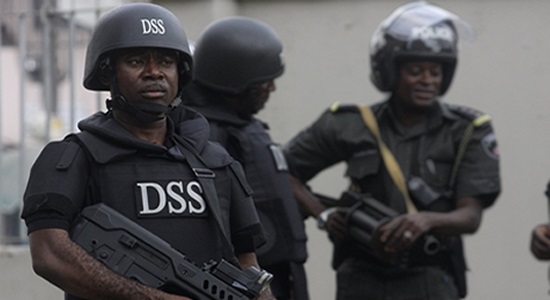 Nigeria's secret police, the Department of State Services, DSS on Friday warned against alleged call for revolution in the country. DSS spokesman, Peter Afunanya who issued the warning in a statement to newsmen, accused the organisation it called the Nigeria Continuity and Progress (NCP) of being responsible for the alleged revolutionary call.

The statement dismissed the group as being unpatriotic as it allegedly called for a revolution and forceful change of government.

“The Service is aware that the group is working in tandem with a body of subversive agents and adversaries of the Nigerian State. The aim is to create an atmosphere of insecurity and use same to cause disaffection among the people.

“It is evident that the misguided group and its cohorts have also planned to instigate widespread violence against the government in order to actualize their infamous agenda of forceful change of regime.

“The DSS not only supports the consolidation of democracy in Nigeria, but will leave no stone unturned in rooting out persons or groups desirous of truncating the process or undermining the country’s peace and corporate existence.

“The Service will, therefore, not condone any form of extra-judicial activities or methods designed or adopted by persons or groups to subvert constituted authorities.

“Consequently, aggrieved politicians are enjoined, for the umpteenth time, to desist, forthwith, from plans to take laws into their hands or engage in acts capable of breaching the peace. Instructively, defaulting persons will surely be brought to book”.

The statement assured that the Service would continue to work with other sister agencies and stakeholders to ensure that every segment of the populace pursues their legitimate aspirations in an environment devoid of fear or hindrance.