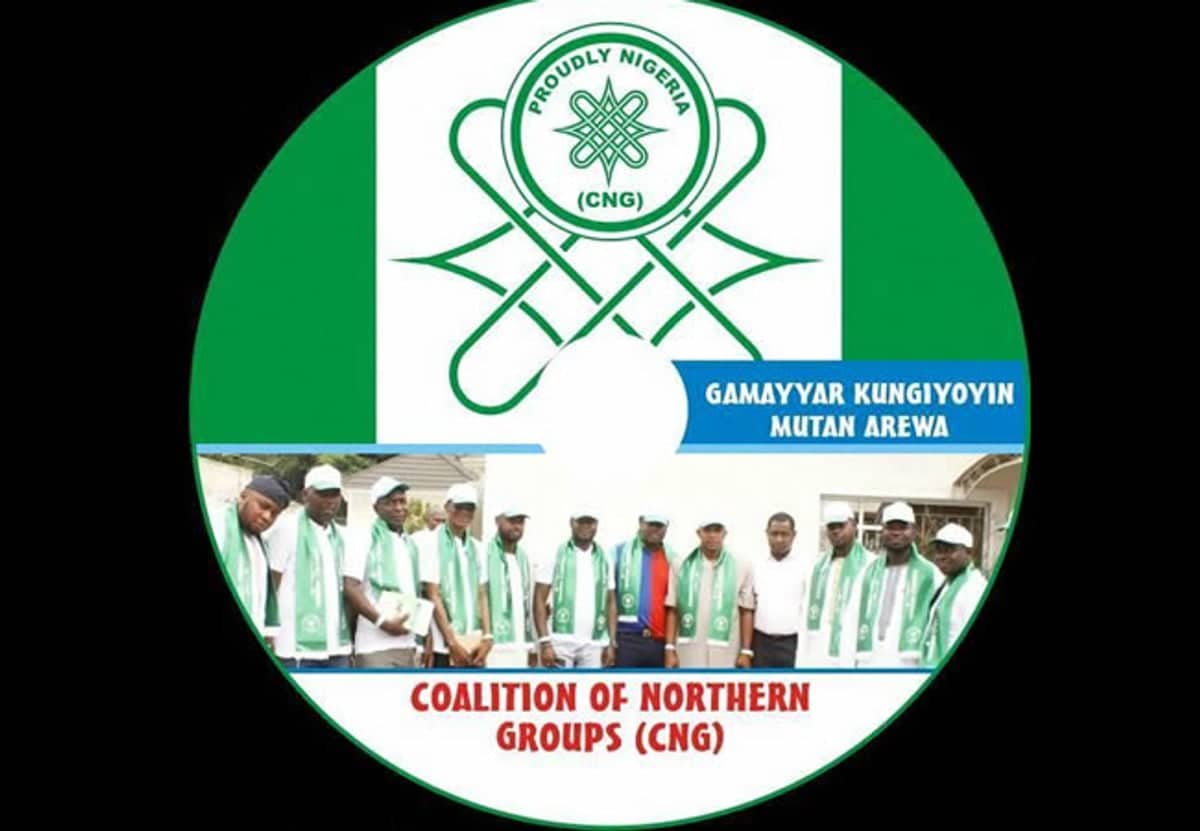 The Coalition of Northern Groups, CNG, has said that it is of no benefit to the North to continue holding on to power in 2023. The leader of the coalition, Abdul-Azeez Suleiman, who stated this while fielding questions from The Sun on which region should produce the next President of the country come 2023,

said the political alliance between the North and the South-West is not working. He added that the North should consider realigning with the South-South or South-East ahead of the 2023 elections.

Suleiman said the North was indeed very angry with President Muhammadu Buhari’s government because they have not benefitted anything from him.

“What needs to be done by the North is not to insist that power must remain in the region which in any case, does not even serve the interest of the larger population of northerners.

“What is important at this point is for the northern political leadership to renegotiate its current alliance with the South West which has never been North’s political ally.

“The alliance is already turning out to be unhealthy. We are already calling on the northern elders and leaders to review the region’s position by realigning with our traditional political friends which are the South East and South-South.

“This has become necessary with the way the South West is going about the current friendship by being more openly antagonistic to northern interests even while they are the major beneficiaries of the Buhari administration.

“Look at the way the entire Yoruba traditional, cultural, religious, and political leadership has come out strongly in support of Sowore’s call for insurrection just because he is their son, not minding that he categorically declared that with the takeoff of the protests, all the nation’s security organization would cease to exist which is certainly scary. We dissociated from the protests primarily due to its inherent violent concept.

“What is happening to us in the North now, are we happy that we have a Northerner as a president? We are not getting anything. So, the North will be better off with a Southern president who would provide services to everybody. It is the elite who have not allowed us to think Nigeria by making us think in terms of ethnicity and religion so that they can control us.

“In 2014, I cited an example and people agreed with me that if having a president from an area is the yardstick for development, then the North would have been the most developed.

“This is because the Northerners have held power for most of Nigeria’s existence. Why are we the most backward then? The South East has just held power just nominally during the First Republic but why then are they the most developed?

“So, all this noise about where the president comes from is just an elitist way of manipulating our thinking. Don’t we have governors from our localities? What are they doing for us? We even have local government chairmen. Are they working for us?

“No, because we are not asking them to do what is right. People think that this division is only at the national level. It is even there locally. I am from Zaria and if they make me commissioner now, some people would say, it is Zaria people.”