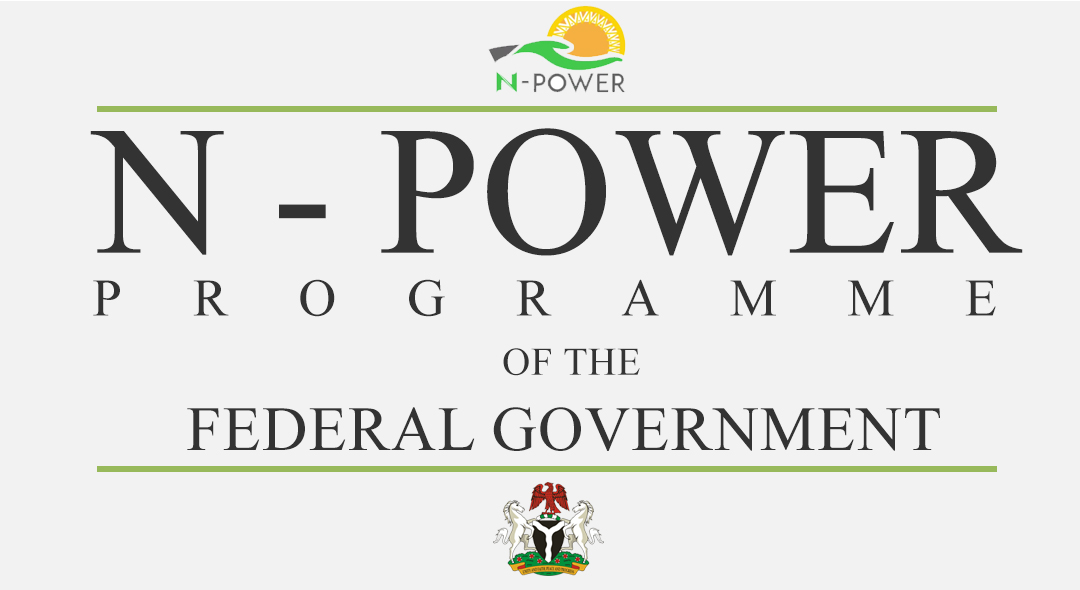 According to the Federal Government of Nigeria, the political will demonstrated in the execution of the N-Power Programme, is indicative that the Social Investment Programme (SIP) is free from corruption and other forms of shady dealings that marred similar youths empowerment schemes in the past.

In disclosure made in Abuja on Wednesday, the 14th of August, 2019 by the Communications Manager (CM), National Social Investment Office (NSIO) Justice Bibiye, the transparency in running the programme was also responsible for its huge impact on its beneficiaries and the economy as a whole.

Bibiye stated that media reports given prominence to minority views expressed by a few critics who made false allegations bordering on corrupt practices in the implementation of N-Power did not reflect the true reality on the ground.

He opined that N-power, one of the Social Investment programmes (SIP) of the President Muhammadu Buhari-led administration, remained the most successful Government-driven youths empowerment schemes in history.

In his words “It is either those critics have lost touch with existential realities as it concerns this Government’s strict approach in implementing its policies and programmes, or that the resounding successes recorded, as evidenced in the outpouring of sincere and honest testimonies by the beneficiaries, is lost on them" Bibiye stated.

He further emphasized that Leadership of the Scheme is aware of some persons have assumed the role of perpetual pessimists of the SIPs, following the institution of processes and procedures that frown at selfish tendencies and corrupt practices at the National Social Investment Office (NSIO).

Stressing further on the issue, Bibiye stated that his office owes it a duty to Nigerians to continue to set the records straight whenever naysayers come up with falsehoods to mislead the public.

He reiterated that there are no N-power ghost beneficiaries neither is the programme embroiled in corruption as alleged by those who have.

The spoke person gave a highlight to the recruitment procedure of the scheme as, at inception, the BVN of successful candidates are sent to Nigeria Inter-Bank Settlement System (NIBSS) for verification. NIBSS, being the custodian of the BVN data, authenticated the identity of each and every name, number and account number submitted by the NSIO, and anyone not verified was dropped from the list of successful beneficiaries.

Adding that, for the first set of 200,000 beneficiaries submitted for verification, NIBSS verified 93 per cent of the total number, after which only those verified were submitted to the various States, which entities are saddled with the responsibility of physically verifying the beneficiaries and deploying them to their Primary Places of Assignment (PPA).

The process also involves the deployment of successful beneficiaries to the PPAs.

The NSIO then signs off to the Ministry of Budget and National Planning, which makes payment directly to the accounts of beneficiaries through the NIBBS.

This process according to Bibiye, applies to other components of the social Investment programmes (SIP) except for the National Conditional Cash Transfer programme, where due to logistics challenges, mobile money agents (MMA) are engaged to reach out to beneficiaries in the rural areas.

For the Conditional Cash Transfer (CCT), the successful MMA’s are selected through an open process in compliance with the BPP Act.

However, despite making payments to beneficiaries in remote areas where there is a dearth of banking infrastructure, the MMA's each have a backend technology that enables visibility and timely reconciliation of payments, as a pre-condition to engagement.

He urged critics of the scheme to follow up closely and interrogate the processes of the programme to avoid making remarks that were not evidence-based.

He called on Nigerians, particularly beneficiaries of the programme and their dependents to rest assured that the SIPs were not crumbling or coming to an end any time soon as speculated by the enemies of Nigeria.