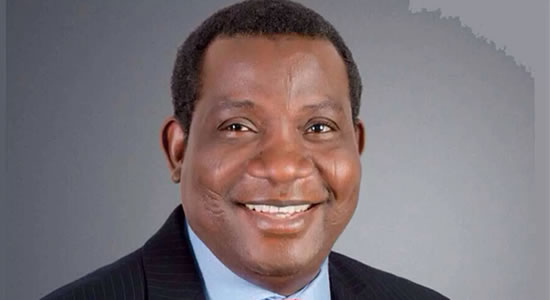 Governor Simon Lalong of Plateau state has reacted to the distressed video of an Islamic State of West Africa Province (ISWAP) teenage boy who gruesomely executed one, Mr Ropvil Dalyep, a 200 level student of University of Maiduguri from Plateau state who was taken hostage by the group.

The Governor who spoke through his Director of Press and Public Affairs, Makut Simon Macham in Jos, Plateu state capital expressed sadness over the killing of the 22-years old student of the Biology Education.

Lalong describe the killing as barbaric, criminal which is aimed at provoking sentiment targeted to exploit the religion fault lines and cause religion disharmony among the followers of the two major religions, saying the ideology of Boko Haram is best described as merchandise of evil and agent of darkness.

The Governor condones the family of the victim assuring them the support of the government in their period of tribulation.

He noted that the message being send by the Boko Haram is to portray that Plateau citizens and Christians are under attack, he said the evil group are only justifying their devilish crime which is condemnable in its totality.

Lalong promised to continue working round the clock with the security agencies to ensure all citizens are being protected and those in captivity regain their freedom and those behind the evil plot are brought to book.

Dalyep, a native of Jing in Pankshin Local Government Area of Plateau was abducted on 9th January on his way to Maiduguri to resume school. (NAN)