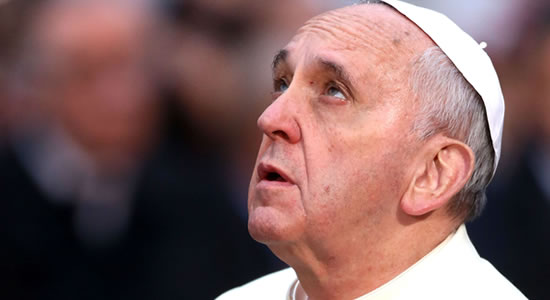 Pope Francis on Monday sent a message of condolences and prayed for Nigeria following an attack at St. Philip Catholic church, Ozulbulu in Anambra State, southeastern Nigeria. After the deadly attack in which at least 11 people were killed and 18 others were wounded when gunmen opened fire on worshippers who had gathered early on Sunday at the church.

Pope Francis in a telegram addressed to the Bishop of Nnewi, Bishop Hilary Paul Odili Okeke of Nnewi, Pope Francis said he was “deeply saddened to learn of the loss of life and injury following the violent attack on St. Philip’s Catholic Church, Ozubulu.”

The message, signed by Vatican Secretary of State, Cardinal Pietro Parolin, the pope says he is “deeply saddened to learn of the loss of life and injury”. He extends his “heartfelt condolences” to the local bishop and to “all the faithful of the Diocese of Nnewi, in particular, the families of the deceased and all those affected by this tragedy.”

Police said they believe the attack may have been linked to drug trafficking and was carried out following a feud between local residents and a member of the community living outside Nigeria.

Some arrest have been made by the police and investigation has commenced in the hope of finding those responsible for the dastardly act.