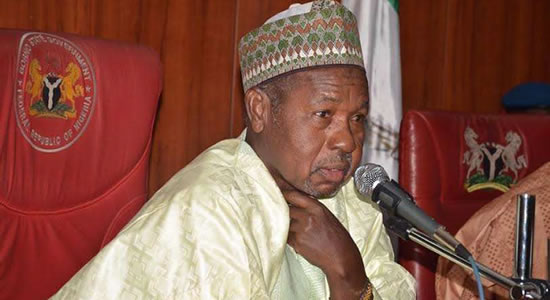 Governor of Katsina State, Aminu Bello Masari says President Muhammadu Buhari has been tolerating rubbish from some people. The Governor stated this while fielding questions from Television Continental (TVC), saying many leaders cannot stand a portion of what Buhari is condoning from some unpatriotic Nigerians.

Masari claimed president Buhari has been keeping his campaign promises, describing the All progressive Congress (APC) party as the most reliable party in the country.

The former speaker of House of Reps said, “Anybody saying the rating of a particular political party has gone down… it can only be tested during elections. And from what we have seen in the (APC) revalidation of new members, I think you are getting it wrong.

Masari explained, “I think APC is still the strongest, most reliable and dependable party in Nigeria today. And I don’t think Buhari has failed us. I think he has tolerated us.

The Governor said though we are in a democratic setting that gives people freedom of speech and expression, but what Buhari is suffering from some people is pure hate rate and rubbish and has been tolerating it.