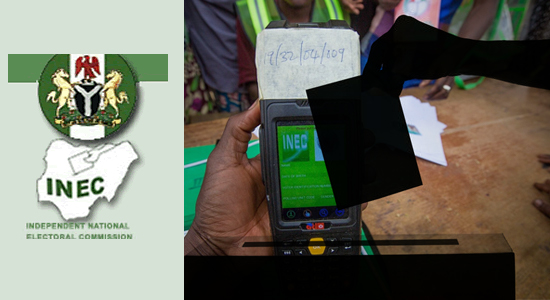 The United Kingdom has called on the Nigerian authority to hasten the passage of the Electoral Act Amendment pending before the lawmakers before the next round of election is here. UK minister for Africa, James Duddridge made the call during an interview with the News Agency for Nigeria in Abuja, saying passing the said law is very critical as the general election is nearby.

According to the UK envoy, a credible election is critical to every administration to succeed in governing people.

The UK minister said, “It is very important. I will meet the senate and I will be asking when the Electoral Act Amendment Bill is going to be passed. You Know, democracy is not a static thing. It has to evolve; you have to make elections increasingly secure.

He added that “it is important to make an Act that will give the Nigerian people and the international community greater confidence that the elections are free, fair, and a reflection of what the people voted. “If you have not got that in actuality or perception, democracy starts to crumble and we see where that leads.

He explained that “Democracy is the main pillar alongside a capitalist free market that drives social progress and allows us to function,”

According to him, electronic transmission of election result build confidence to both the electorate and the opposition and once that is achieved, all parties would be satisfied, saying the UK is interested that Nigerian democracy grows stronger.
PDP hail UK envoy for the advice

Buttressing the UK envoy’s advice, the opposition PDP applauded the call, calling on President Buhari to heed the advice.

Kola Ologbandiyon, the National Publicity Secretary of the party in a chart accuse the All progressive Congress (APC) of refusing to demonstrate the eagerness to do the needful since they assume power in the last 6 years.

Olagbandiyon said, “This is what his party has been advocating all these years. The position of the United Kingdom government is a validation of the stand of our party and it is a welcome development.

He said for the 2023 election to be credible, Nigeria must improve on its electioneering process, saying that is only possible when we decide to review the current electoral law.

Democratic Dictatorship must be squashed, Ohanaeze

While contributing its voice, Ohanaeze Ndigbo through its spokesperson, Alex Ogbonnia applauded the UK envoy for its wise counsel, alleging that what is currently obtainable under the Buhari administration is better described as a political dictatorship.

Ohanaeze said, how can one explain a situation where the President appoints all electoral officers at both national and state levels, the security chiefs that monitor the said election, the court that settles the electoral disputes are all being controlled by the president.

They revealed there is a clear difference between the state and the Government, Government is the agency of the state, but where the government exercises arbitrary power above its limit, totalitarianism is implied.

Ohanaeze explained that there are some institutions that should remain sacrosanct and not under the whims and caprices of the government. They demanded that Judiciary and electoral empire must be separated from the government if the country should be seen as independent.

In its contribution, the Middle Belt Forum supported the call by the UK government, describing it as wise counsel.

National President of the forum, Dr. Bitrus Pogu while speaking in Makurdi said this was the thinking of all well-meaning Nigerians.

According to, the Pan Niger Delta Forum, PANDEF, they called on President Buhari to assent to the electoral Act as his last parting gift for Nigerians.

This statement was made by the forum’s Publicity Secretary, Hon Ken Robinson who said, “That (UK advice) has been one of PANDEF’s calls. The call by the Government of the United Kingdom is in order. It will deepen democracy and of course strengthen the credibility of our electoral process so that votes can truly count.

The group said that “One of our greatest problems is the process and manner in which people are elected or people emerge in elections; that is, where all manner of things happen. The whole system needs to be corrected.

Robinson explained that “I think the National Assembly has done that, the president should assent to the amended act before the 2023 elections not only to deepen democracy but to also strengthen the electoral process and for more credible elections so that the votes of the people can truly count and the elected officials will know that if you don’t perform well you could be voted out.