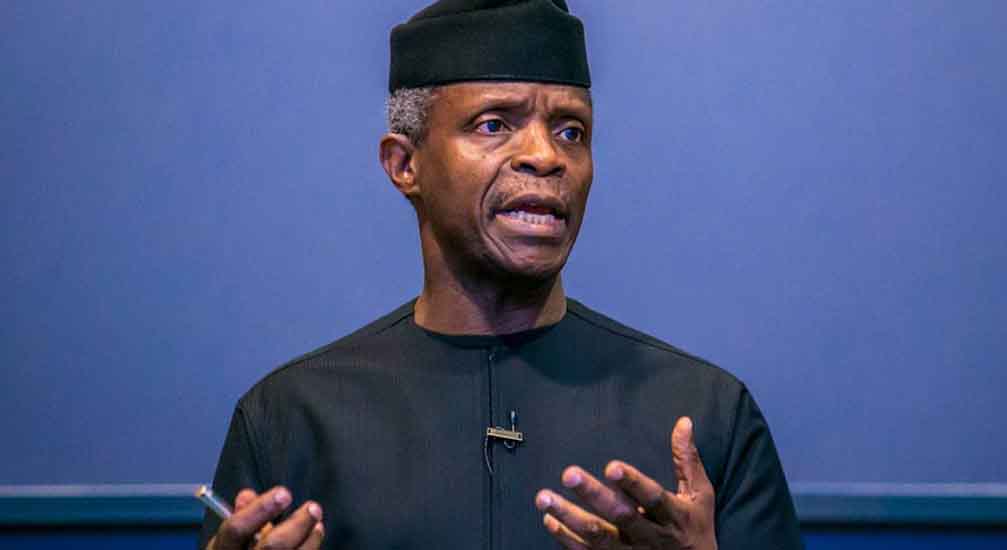 Vice President Yemi Osinbajo has announced that those waiting for Nigeria to break up will be disappointed, insisting that Nigeria will remain united as a strong nation to the frustration of those waiting to see the country broken into pieces. The Vice President who declared this during the maiden edition of the All Progressives Congress (APC) Progressives Youth Conference, in Abuja Yesterday added that Nigerian youths will play even more critical roles in shaping the country’s political and economic future by becoming more active in politics and encouraging platforms for more constructive engagements on national issues. Prof. Osinbajo said the country is stronger together than in little parts. The vice president acknowledged the need for all Nigerians to be guaranteed a fair chance at improving their human condition and urged the youth to be a part of conversations that will ensure this.

“In the area of disruption and disruptive innovation, the principle that we are stronger together than in little part is a sound principle and it is my respectful view that those who advocate the breaking up of the country are terribly wrong,” he said.

He added: “Our size is crucial for geopolitical and economic relevance. Our people will be better served by a large populous and diverse country. As with all big and diverse countries, our business is to make this union work; it is to give everybody a sense of belonging.

“All of those waiting on the sidelines, hoping that this big country called Nigeria will break up into bits so that they can pick up the pieces, will be very sorely disappointed and I am very sure that those of you who are seated here today will prevent that from happening.”

He asked the young generation not just to say it was time for them and for the older people to give way, stressing that such was unlikely to happen.

Osinbajo, however, stated that it was the strength of the ideas and the depth of the youths’ organisation and not age that would retire those ahead of them.

“I am also frankly not very impressed with the notion that the role and power of young people are somehow postponed until elders have gone, or that there’s some kind of generational queue to which we all must subscribe.

“Even if that was true at some point, today, that notion stands on very weak legs indeed,” he said.