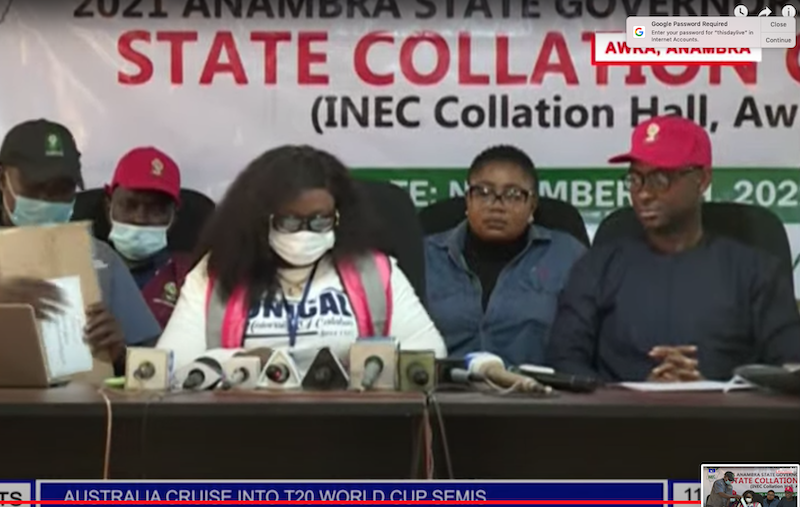 The Independent National Electoral Commission (INEC) has on Sunday declared the Anambra governorship election inconclusive, saying a supplementary election will hold in 362 polling units in Ihiala Local Government Area on Tuesday, November 9. The Returning Officer of the Anambra State governorship election, Professor Florence Obi made this known, noting that election had to take place in those polling units for the election to be conclusive.

Prof. Obi explained that elections did not hold in Ihiala LGA because of alleged violent attacks on Electoral officials by Hoodlums.

“We have collated results for 20 local government areas and Ihiala is still outstanding as the commission was unable to deploy to the area,” the INEC returning officer said.

“I plead with you to support INEC so that we can bring this election to a conclusion to the glory of God.

“The election for Ihiala will hold on November 9.”

Prior to declaring the election inconclusive, Prof. Obi announced the election results form 20 LGAs out of the 21 LGAs in Anambra with the All Progressive Grand Alliance (APGA) garnering a total of 103,946 votes, leading the poll.