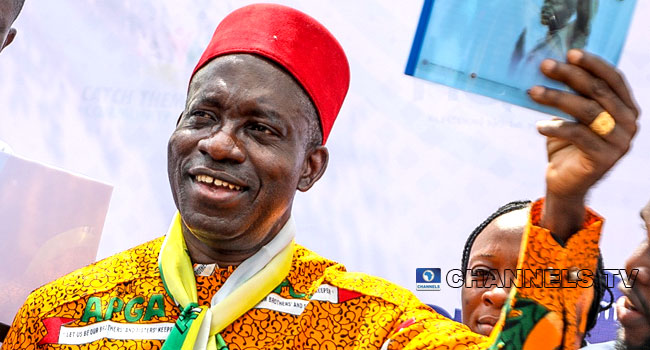 The Independent National Electoral Commission (INEC) has announced that the winner of the November 6 governorship election in Anambra State is Chukwuma Soludu of the All Progressives Grand Alliance (APGA). This was announced at the INEC office in Awka, Anambra State on Wednesday morning by the Returning Officer of the Anambra 2021 governorship election, Prof. Florence Obi. According to INEC, Mr. Soludo polled 112,229 votes while his closest rival, the Peoples Democratic Party (PDP) candidate, Valentine Ozigbo emerged second with a total of 53,807 votes.

Andy Uba of the All Progressives Congress (APC) emerged third with a total of 43,285 votes while the Young Progressive Party (YPP) candidate, Ifeanyi Ubah polled a total of 21,261 votes.

INEC had suspended the collation of the election results late Sunday night and declared the election inconclusive due to lack of election in Ihiala Local Government Area of the state.

However, the commission scheduled Tuesday, November 9 as the date for a supplementary election in Ihiala.

Mr. Soludo is expected to be sworn in as governor in March 2022, after the end of the tenure of the outgoing governor, Chief Willie Obiano.