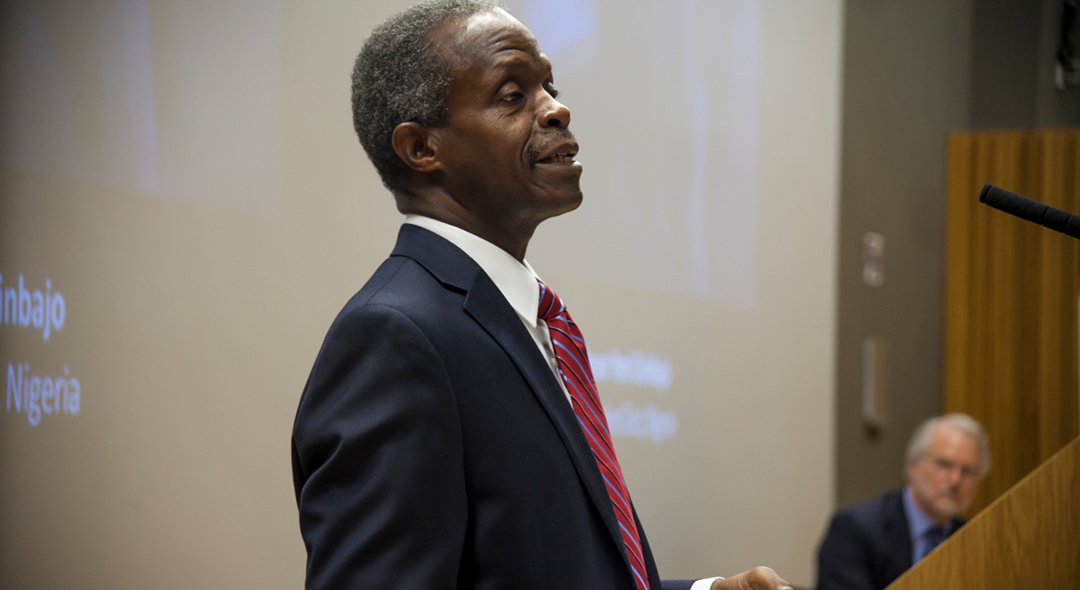 Niger State Has Capacity To Produce Food For Africa

Acting President Yemi Osinbajo says that Niger has the capacity to produce assorted food crops that will feed the African continent. Osinbajo said this when he declared open a two-day Niger State Economic Submit with the theme “Impact Investment for Advancing Agricultural Economy and Innovation,” in Minna.

The News Agency of Nigeria, NAN, reports that the conference, which attracted economic experts, industrialists and manufacturers as well as some state governors across the country, was organised to attract investors in various fields to boost the state’s economy.

He commended Gov. Abubakar Bello for organising the conference, noting that it would assist in attracting various investors, especially in the agricultural sector.

The acting president called on state governments to assist farmers with alternative sources of power, to enable them to process and preserve their farm produce.

He said that the Federal Government was ready to partner with state governments willing to rehabilitate federal infrastructure in their areas.

Osinbajo said that such projects would create enabling an environment for business activities to thrive in the national economy.

He said that Niger was hosting three major hydro dams, adding that renewable energy was the way forward to increase the capacity of villagers and farmers for agricultural investment.

Osinbajo said there was also the need to improve on roads infrastructure for enhanced agricultural development in the state.

He said the potentials in the mining sector were wholly untapped and open for investment.

The governor explained that already, the state government had developed a road map on some cardinal investment potentials in the state such as Banana free trade zone, Garam industrial park, Baron Port and Suleja New Smart City.