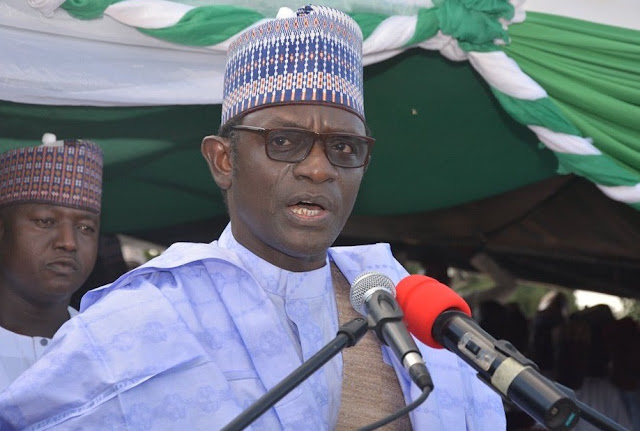 Just In: APC Fall Apart, Buni Kicked Out As Chairman

The All Progressive Congress, APC party has today faced with a crisis of faction as one faction has sacked Governor Mai Mala Buni as the party chairman. The faction has also chided President Buhari over his supervisory role of the party. Mai Mala Buni, the Yobe state Governor has been the Extraordinary caretaker chairman of the APC since Adams Oshiomhole was ousted. However, today some factional members of the party called progressive Youth Movement announced Buni’s replacement with, Mustapha Audu as the new caretaker chairman of the party with immediate effect.

In his address, Audu revealed that his government will with immediate effect move to reconcile the aggrieved members of the party through, National Reconciliation Committee, say before February, 26 of next year.

Reacting to the incident, John Akpan Udoedehe, the National Secretary of the APC slammed the overthrow of Buni, describing it as “felonious activities of the purported group”.

Udoedehe revealed that the said youth are not known to the party, either its structure or as a support group and, therefore they are just attention seeking errant youth.

The APC secretary said, “It is laughable, the criminal attempt of the purported group to usurp the leadership of the President Muhammadu Buhari-led APC now bothers on treasonable felony.

“Relevant security bodies must now check and address their unscrupulous activities. The attention the purported group seeks will not be given to them by the party.

He added that “We can only advise that the general public completely disregard them. They are not registered members of the APC and are being used by opposition elements and fifth columnists to cause confusion.

“As widely reported, the successful meeting between the APC leadership, Progressive Governors’ Forum and the President produced February 2022 as the timeframe for the National Convention”,

Recall Vigil 360 reported last week that the APC National Secretariat in recent time has been under heavy security presence because of the alleged forceful takeover underway.