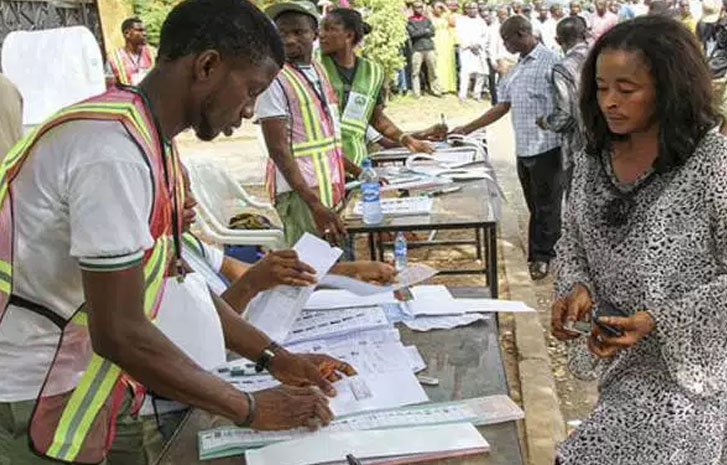 The Independent National Electoral Commission (INEC) said about 749,000 registered voters are expected to choose their preferred candidate in the governorship election taking place today in Ekiti State. The Commission also stated that the election will take place in 2,445 Polling Units across the state. Voters queued up at polling units in the early hours of Saturday in order to be accredited with the Bimodal Voter Authentication System (BVAS) while voting later commenced at several polling units.

There was a high turnout of voters but there is no reported case of electoral violence or vote-buying as of the time of this report.

16 candidates are vying for the governorship seat but the major contenders in the election are Biodun Oyebanjo of the All Progressives Congress (APC), Bisi Kolawale of the Peoples Democratic Party (PDP), and the candidate of the Social Democratic Party (SDP), Segun Oni.

Security operatives were deployed across the state to ensure a peaceful and fair election while INEC began the distribution of sensitive electoral materials to the 16 local councils of the state on Thursday.

The Resident Electoral Commissioner (REC), Adeniran Tella said the ballot papers were color-coded for each of the local councils to prevent electoral fraud.

INEC will announce the winner of the governorship election after counting the votes in the presence of party agents and election observers.