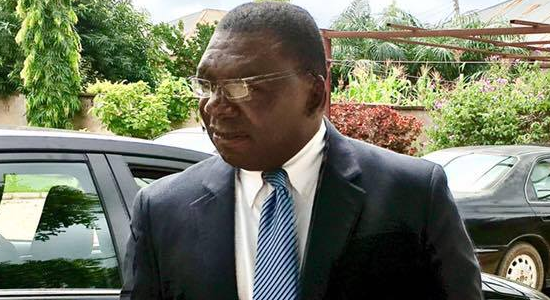 Governor Samuel Ortom of Benue State has lost a principal aide, Dr Tavershima Adyorough, who was shot and killed by gunmen who invaded his Makurdi residence about 12.30am Sunday. Dr Adyorough was Principal Special Assistant on Knowledge Economy and Investments to Governor Ortom.

The gunmen also shot his wife, but she survived and is receiving treatment at a hospital.

The incident is the latest in what has become a worrisome trend of the assassination of the Governor’s top aides. A little over a year ago, his then Senior Special Assistant on Security, Denen Igbana, was also murdered at his Tionsha residence, Makurdi by yet to be identified gunmen

Meanwhile, Governor Ortom has described the killing as unacceptable and condemnable, requesting security agencies to swing into action immediately so as to arrest those responsible for the dastardly act.

In a statement by his Chief Press Secretary, Mr Terver Akase, the governor said Adyorough was a competent and dependable aide who delivered on assignments with dedication and honesty.

The Governor sympathized with Adyorough’s immediate family, the government and people of the state on the loss and pledged that he would support security agencies in apprehending the culprits.

He urged people with information that can lead to the arrest of the gunmen to make same available.