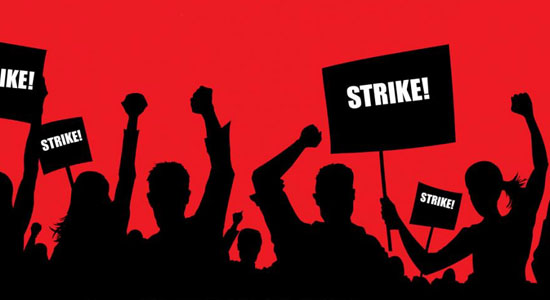 The National Leadership of the Academic Staff Union of Universities, ASUU, Yesterday, said it was not true that the indefinite strike declared last week had been called off. There was a report over the weekend that the strike had been suspended after the Federal Government representatives led by Minister of Labour and Employment, Senator Chris Ngige, and Minister of Education, Malam Adamu Adamu, met with the leadership of the union in Abuja, Wednesday.

But the National President of ASUU, Prof. Biodun Ogunyemi, told Vanguard on the telephone, yesterday, that there was no truth in the alleged suspension of the strike.

Instead, he said the union was still consulting with the relevant stakeholders on the outcome of the meeting it had with government representatives.

Asked when the union would meet again with government and when the National Executive Council, NEC, of ASUU would meet to take a final decision, Ogunyemi said, for now, he was not aware of when to meet with government representatives and that it was after consultation that the NEC would meet.

Vanguard reliably gathered that the principal officers of ASUU, including zonal officers, met on Saturday at the union’s secretariat Gwagwalada to review the meeting with government representatives and the offer so far made by the government.

A source within the union said it was not possible for the national executive to call off the strike without consulting the zonal and branch executives which will meet to get a mandate from members before taking any decision.

Recall that ASUU declared an indefinite strike on Monday last week over contentious issues with the Federal Government which included the non-implementation of the 2009 agreement the union and the government entered into.