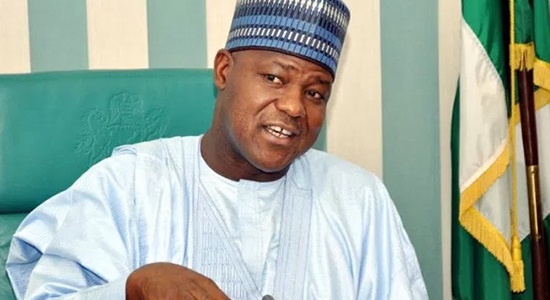 The Speaker of the House of Representatives, Yakubu Dogara has attributed the emergence of Dr. Bukola Saraki as Senate President and his emergence as the Speaker of the House to the resounding support by former Vice President, Atkiu Abubakar. Hon. Dogara made this known in his yet to be released book ‘A Reed Made Flint’, authored by Dele Momodu, the publisher of Ovation Magazine.

He claimed that although senior stakeholders in the All Progressives Congress (APC) including the former Governor of Lagos state, Bola Tinubu had kicked against their interests, Atiku openly canvassed support for them.

“There was this particular time we were meeting with our leader in the North-East, His Excellency Atiku Abubakar at his residence. Our governor (Mohammed Abubakar) had come into town and some of our stakeholders in APC Bauchi had gone to see Alhaji Atiku Abubakar. Somehow, Asiwaju (Bola Tinubu) and one other person walked into that meeting and he did not waste time in pushing his Gbajabiamila agenda forward.

He spoke passionately about the role he had played in APC, the way he had built bridges between the South-West and the North and he appealed to my brothers and sisters who were there, all the political leaders and stake holders of APC from my state to prevail on me to stop this race and support his candidate Femi Gbajabiamila to become Speaker. After he had spoken, he left.

If I don’t say this to Alhaji Atiku Abubakar’s credit I will not be fair to him. It will amount to travesty. At the time when most leaders in the APC were not showing sympathy to our cause, Alhaji Atiku Abubakar came out as one solid voice in support of both the candidature of the now Senate President (Bukola Saraki) and my humble self.

He said the North-East must have a position and it was his duty as a leader from the North-East to support that goal. And more so, because of the religious demography of Nigeria there was the need to have a Northern minority Christian in government as that would help to smoothen religious engagement and relationship in the North and put paid to the insinuation that APC was just a Muslim party.”

The trio was all members of the Peoples Democratic Party before cross carpeting to the APC ahead of the last general elections. The book will be presented on December 26, 2017.