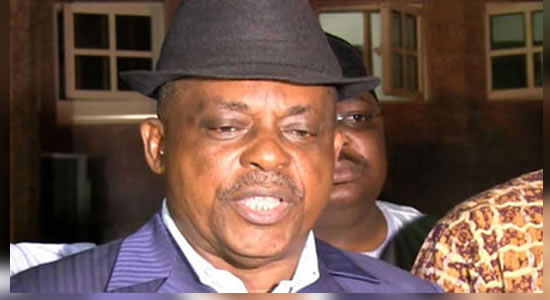 The National Chairman of the Peoples Democratic Party (PDP), Chief Uche Secondu on Monday said some governors elected on the platform of the All Progressives Congress (APC) in the North Central will soon join them, as the party is seriously engaging them. Secondus who stated this in Abia state during his one-day working visit to the State Executive Council of the party hinted that the party would soon organize a grand reception for the Governors.

He maintained that contrary to reports, the PDP governors are intact and united. He allayed fears that some of them might defect to the ruling APC.

The Chairman of the party berated the current administration over the alleged poor handling of herdsmen crisis and called on Nigerians to hold the APC responsible for the killings in Benue, Taraba, Adamawa, Kaduna and Plateau states among others.

This APC government can’t hear the cry of the people; this government can no longer protect the ordinary man. They want to bring down the National Assembly. There are crises in the country because APC itself is crises personified.

We are on a mission of recovering Nigeria from the hands of APC; even the market women know that the APC government has collapsed,” he emphasized.