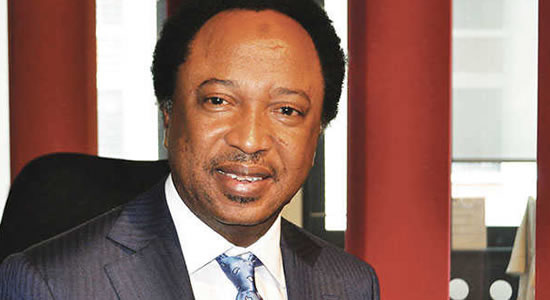 A former Kaduna Senator, Shehu Sani has called on the Peoples Democratic Party (PDP) lawmakers to stop wasting energy on Buhari impeachment but instead should focus more on winning the 2023 general election. The former lawmaker revealed that he is in support of impeaching President Buhari considering his scorecard on the security situation currently in the country, however, the 1999 constitution has made the process too complicated to be achieved within the shortest possible time as election time is near.
Sani made this statement yesterday during a PremiumTimes forum on Twitter space.

The session titled; ‘Insecurity: Should President Muhammadu Buhari be impeached,’ which was attended by many personalities like, the founder of “Enough is Enough” (EiE), Yemi Adamolekun, the Director of Publicity of the Peoples Democratic Party (PDP), Chinwe Nnorom, and about 3,327 participants.

Recall, last week, the minority caucus of the National Assembly gave president Buhari six weeks to find a way out from the insecurity threat that has heightened in the country following the attack on the Kuje correctional center or risk impeachment.

The agitation started at the Senate chamber where the lawmaker’s staged a walkout on the senate president, Ahmed Lawan when he blocked the motion on insecurity before the green chamber keyed into the agitation.

The PDP was the largest opposition in the National Assembly combined but the move was later endorsed by some senators of the ruling party, like Elisha Abbo, APC Adamawa, and Adamu Bulkachuwa (APC Bauchi).

However, Senator Shehu Sani, who was in the 8th senate while making an analysis of the whole saga described the move as a futile effort, and instead advised the opposition to strategize more on winning the 2023 general election so that the APC will be out of government.

He said, “At a time like this, what should be most important is how to dislodge the present political party. Any other thing can be a serious distraction,”

Explaining the process, Sani said, “Dissipating energy on the issue of impeachment can even affect the next election. If it is easier, I believe the president should be impeached today, and if there would be no consequences. If you go to the details, it would take months and with leadership like Senate President Ahmad Lawan and Speaker Femi Gbajabiamila, who are already in sync with the government, it is going to be energy wasted.”

He hinted that soon, “Many seats will be empty until the end of the year because the senators and Reps will have to retreat back to their constituencies, struggling for their political lives.”

He concluded that the threat “is more symbolic to send a message to the president that he has failed and the National Assembly is taking him on.”

“But it could have been good for the president to be impeached. As someone who has been within the system, I know that it is technically impossible,” he said.