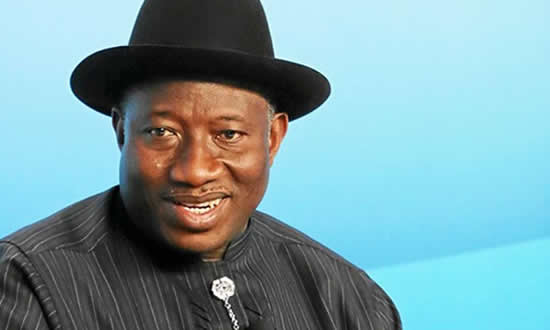 Former president Goodluck Jonathan has called on the presidential candidates vying for the presidential seat ahead of the 2023 general election to shun divisive politics in the interest of peaceful coexistence. Jonathan made this call yesterday during the signing of a peace pact by the presidential candidates in respect of the 2023 general election at the state house Abuja. The Otuoke-born politician urged the political actors, their promoters, and supporters to always exercise some restraint before making some utterances that is capable of throwing the country into chaos as Nigeria is dealing with lots of security issues at present.

He called them to focus their campaign on issue-based rather than attacks, ethnic profiling, and name calling.

In his statement, “We are at a critical stage in our national life where we have no choice but to promote national cohesion, love, and hope in order to make the desired progress”.

“We cannot afford to continue to play politics of bitterness and division along ethnic and religious lines. This is because such kind of politics portends great danger to our unity, growth, and the sustenance of our democracy.

“We have to be mindful of the destructive impact of hate speech, fake news, and mindless propaganda, especially in a clime where the fabric of unity and stability still needs to be strengthened, Jonathan added.

“I charge the candidates, their promoters, and supporters to exercise restraint and seek to run their campaigns based on issues that affect our people.

“They should, by all means, avoid needless attacks on personalities and use of abusive language for those is the elements that cause chaos and crisis during elections.”

The former president called on political parties and their supporters to lead the process that will lead to a peaceful transition ahead of 2023.

He noted that political stability and democratic governance in every country is being measured by the quality of the electoral process that brings the leaders to power.

He, therefore, called on all political stakeholders to work towards consolidating the Nigerian democracy through hitch free political process that will ensure the will of the people prevails.

Jonathan said that “Unfortunately, this has not been the case, as there are signs of inconsistencies with the progress we make in our elections.

“As citizens of this great country, we all have the responsibility to redirect our steps, strive to work harder, and do the right things to avoid the stagnation of our democracy.’’

He charged the electorates to raise the bar in the political process by ensuring that the election process is rancor free from beginning to end.