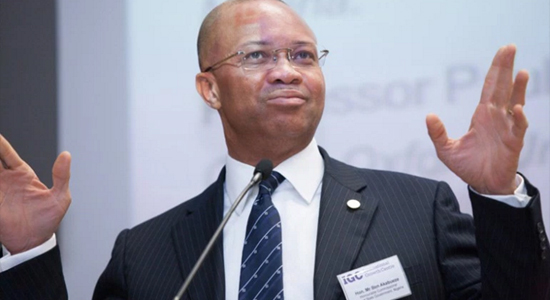 The Federal Government is set to improve on the experiences of the 2017 Budget preparation process by using the Government Integrated Financial Management Information System (GIFMIS) in preparing the 2018 edition.

Mr.Ben Akabueze, Director General, Budget Office of the Federation, said this on Monday in Abuja at the opening of a three-day training for over 4,250 participants drawn from 800 Ministries, Departments and Agencies (MDAs).

He said the training was aimed at equipping personnel with the knowledge, skills and tools required to prepare and submit the 2018 budget on time.

He said in the last five years, MDAs had been using GIFMIS for budget execution, but that it was the first time they would use it in budget preparation.

“The current administration adopted the Zero Based Budgeting (ZBB) methodology to help ensure more optimal utilisation of government resources on projects, enhance the level of accountability and facilitate monitoring and evaluation of capital projects.

“To improve on the quality of our budgeting process, we are committed to making the most use of technology and automation tools,’’ he said.

He said in 2017, the ZBB compliant web based application was used by MDAs in preparing and submitting budgets online and in real time, adding that the system helped eradicate a lot of challenges encountered in the previous years.

Akabueze added that based on the feedback from the 2017 budget preparation, the ZBB structure had been simplified by ensuring that programmes and sub-programmes were merged to the GIFMIS structure to enable its use on the GIFMIS platform.

“This, we believe, will help enhance the smooth and seamless linkage between budget preparation, submission, execution, monitoring, evaluation and reporting compared to when the budget was prepared outside GIFMIS and then imported into GIFMIS for execution.’’

He said a team of external and internal experts had been assembled to help with the training on using the GIFMIS budget preparation module.

He said it was critical, considering that the Federal Government was committed to doing all it could to return to a predictable January to December financial year as prescribed in the constitution.

“To achieve this, we must be able to submit the 2018 executive budget proposal to the National Assembly by the first week of October, to ensure its passage no later than December 2017.’’

He also said the Federal Government was working with the legislature towards enacting an organic budget law.

Akabueze said the law, if and when enacted, it would include a budget calendar to set out timelines for achieving whatever was appropriated for in the budget.

Mr Suleiman Hassan, Director Expenditure, Budget Office, said the training was essential for the participants so the nation could have a very sound budget.

“We have a very strong and efficient functional budget.

“I hope at the end of the training, we will come out well equipped with the belief that our 2018 budget will be one of the best budgets that we ever had in this country.’’

News Agency of Nigeria, NAN, reports that the training will be carried out in the six geo-political zones across the country with centres in Kaduna, Gombe, Uyo, Enugu, Lagos and Ibadan.