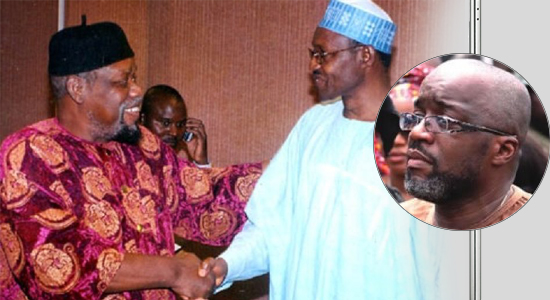 The first son of late Dim Chukwuemeka Odumegwu Ojukwu, Mr. Emeka Ojukwu (Jr), has vindicated President Muhammadu Buhari on his reported discussions with his late father on the unity and indivisibility of Nigeria. Ojukwu told journalists on Wednesday in Awka Anambra State, that Buhari’s position that he (Buhari) and his late father’s discussion was right.

The son to late Ikemba Nnewi told newsmen that he never granted any media interview or posted any message on social media to disclaim Buhari’s discussions with his father.

“My late father actually held the said meeting with Buhari before his demise and all that Buhari said in his nationwide broadcast were true.

“It has been brought to my attention that there is an article making the rounds on social media attributed to me refuting the remarks of Mr. President concerning his relationship and discussions with my late father.

“Let me state the following categorically; firstly, that I made no such comments to anybody, and secondly that I am aware that His Excellency’s comments were indeed factual’’, he said.

According to him, “I don’t know who is behind this report attributed to me and what their motivation might be, anytime I feel to comment on any matter, I do so publicly and not via some anonymous email’’.

Ojukwu Jr. urged members of the public to discountenance the stories in the social media or any media platform whatsoever credited to him.

He warned that such malicious and damaging publications would not be taken lightly should he track the source.

Ojukwu called on Mr. President not to take such comments seriously as it smacks of the gutter and yellow media reportage aimed at overheating the polity.

President Buhari in his nationwide broadcast on Monday made reference to the meeting he had with the late warlord.

“In 2003 after I joined partisan politics, the late Chief Emeka Ojukwu came and stayed as my guest in my hometown Daura. Over two days we discussed in great depth till late into the night and analyzed the problems of Nigeria. We both came to the conclusion that the country must remain one and united.

“Nigeria’s unity is settled and not negotiable. We shall not allow irresponsible elements to start trouble and when things get bad they run away and saddle others with the responsibility of bringing back order, if necessary with their blood,’’ Buhari had said.