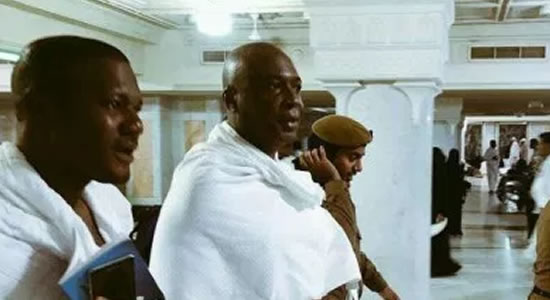 Senate President, Dr. Abubakar Bukola Saraki, has joined other Muslim faithful in Saudi Arabia for this year’s hajj. This was made known in a statement by his Special Adviser (Media and Publicity), Yusuph Olaniyonu.

According to the statement, the Senate President who flew out of Abuja on Monday night is expected to “spend the period of the pilgrimage to pray for the unity, stability, and development of Nigeria as well as better health for the leader of the country, President Muhammadu Buhari.

“He will also spend the period of the holy pilgrimage to pray for more success for the Eighth National Assembly in the execution of its Legislative Agenda which is aimed at helping to improve the standard of living of the citizenry and positively transform the national economy.

“The Senate President is expected back early September when the Hajj rites would have been completed by pilgrims,” the statement read.