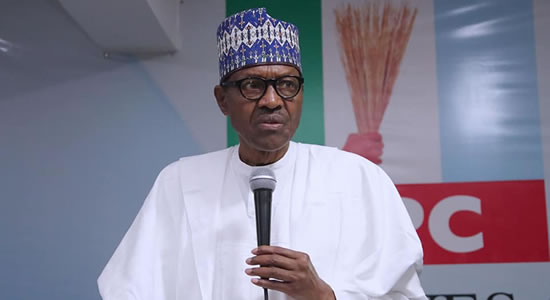 My Government Have Disappointed None – Buhari

President Muhammadu Buhari says as his administration is rounding up, he is happy to say that he has served Nigeria to his best and he believes no one was disappointed so far. Buhari made this claim when he paid homage to the Emir of Bauchi, His Royal Highness, Rilwanu Suleiman Adamu at his palace in Bauchi when he was in the state for the All Progressive Congress, APC rally. The president noted that he is aware of how Nigerians have continued to believe in his government and their continued support evidently is what he saw in the mammoth crowd that welcomed him in the state.

In his statement, “I normally call on Emirs and Chiefs, whether on political or personal tours to States to show my gratitude.”
In a statement signed by the presidential spokesperson on media, Femi Adesina, the Nigerian leader added, “I like to mention that between 2003 and 2011, I visited all the local governments, and in 2019, when I was seeking my re-election for a second term, I visited all the States of the Federation and the people that turned out to see me were more than what anyone could buy or force and there, I made a promise and pledge that I will serve Nigeria and Nigerians to the best of my ability and so far, I have not disappointed anybody.”

The Emir in his remarks welcomed Mr. President to his domain while expressing delight in the way our modern-day political leaders honor traditional institutions, acknowledging that this was a demonstration of love from the leadership.

The royal father thanked President Buhari for honoring him and for his landmark achievement he has spread across the length and breadth of the country as a democratic dividend for all to see.

He thanked the president especially for the development of the Kolmani Integrated project in Bauchi and by extension the whole of the northeast to actualize its potential.

The Emir said, “We cannot thank you enough and we follow the example of our Governor to express our greatest gratitude. We are also pleased that you have kept your promise of reforming the electoral processes through continuous and progressive reforms and by ensuring the independence of the electoral body, of which our son, Professor Mahmood Yakubu is the current head,” the Emir stated.

“Your determination in this and other areas of governance has been an inspiration to all right–thinking people across the country,” added the Emir.

Buhari later proceeded to the Abubakar Tafawa Balewa stadium where the APC rally was overcrowded with party supporters waiting.

He presented the APC presidential flag bearer, Asiwaju Bola Tinubu, and his vice Senator KaAshim Shettima with the party flag to signify support.

Others were Governors of Borno, Kebbi, Plateau, Yobe, and Jigawa States, the APC Gubernatorial Candidate in Bauchi State, Air Marshal Sadique Baba Abubakar (Rtd) as well as other party well-wishers.