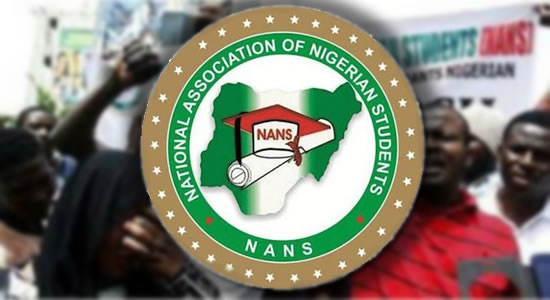 The National Association of Nigerians Students (NANS) has warned aggrieved members of Academic Staff Union of Universities (ASUU) against embarking on strike unilaterally, insisting that NANS must be consulted before such action commences. NANS made its position known in a statement issued by its national President, Chinonso Obasi in Ilorin on Monday. Obasi stated that the position was taken as an emergency Senate meeting held at Kwara State College of Education, Ilorin.

The statement read in part;

“As critical stakeholders in the education sector, it is imperative that ASUU consults NANS. Anytime ASUU wants to embark on strike, it is proper for them to consult student leaders led by NANS. ASUU should also apply other means of negotiation so that the strike will not have a direct negative impact on the students.

ASUU has been striking to use students as their bargaining power. The interest of students must be considered and prioritized at all times. Part of the resolution was that an appeal should be made to the Federal Government to channel the loots recovered from anti-graft agencies to the education sector. The Senate also passed a vote of confidence on its President for his style of leadership that has regained the lost voice of Nigerian students both at home and in the diaspora.

It was also resolved that the National President of NANS should continue to constructively engage with the stakeholders comprising ASUU and the Federal Government to resolve the strike and find a lasting solution to the enormous challenges facing Nigerian students.

The meeting also called on the Federal Government to prioritize the education sector in Nigeria and push for the recommendation by the United Nations Educational, Scientific and Cultural Organization that 26 per cent of the nation’s annual budget should be for funding the education sector and secure a better and sustainable educational standard."