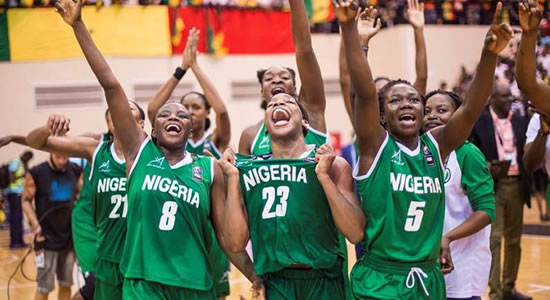 D'Tigress To Face-Off With Senegal In Afrobasket 2019 Final

Nigeria has booked their space in the Final of the Afrobasket 2019 and is set to defend their title when they face Senegal on Sunday.

This will be D'Tigress fifth FIBA Women's AfroBasket Final and have won three (3) times, although will be hoping for the fourth. On their journey to the final, the Nigerian team defeated Mali 79-58 in a one-sided match that saw them maintain their unbeaten run at the biennial competition bringing their win ratio to 4-0.

Hosts of this year tournament, Senegal overturned an 18 point deficit to overcome a strong Mozambique charge 60-57 to book their third straight Final at the FIBA Women's AfroBasket.

Senegal trailed 26-8 midway the second quarter and under immense pressure found themselves between a rock and a hard place as everything they threw at the basket found its way off the mark contrastingly to what Mozambique converted on every other possession. Their first lead in the game came midway the last quarter 52-51.

All Semi-Finalists, Senegal, Nigeria, Mozambique and Mali as well as today's winners Angola and the Democratic Republic of Congo in the Classification games to determine positions 5-8 have automatically made it to the Tokyo 2020 Olympics pre-qualification tournament to be played from November 14-17.