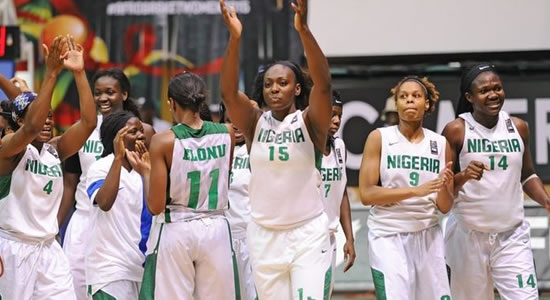 The D’Tigress has become the first team to win back-to-back FIBA Women’s AfroBasket titles since Angola in 2011 and 2013 after defeating Senegal 60 - 55 to claim the title for the fouth time.

D’Tigress on Sunday defeated Senegal 60-55 in other to retain their Afrobasket title which they won two years ago. The final match played at the Dakar Arena, Senegal saw about 15,000 fans watch the Nigerian ladies overpower the tournament host Senegal to win back-to-back titles.

The result means D’Tigress became the first team to win back-to-back FIBA Women’s AfroBasket titles since Angola followed up their 2011 triumph with another in 2013. To make it to the final, Nigeria eased past Mali, 79-58, in Friday’s first semifinal, while Senegal defeated Mozambique 60-57.

Nigeria dominated the game-winning the first quarter 14 to 10, the team maintained the Four points lead in the second quarter winning 18 to 14, the third quarter ended 16 to 13 also in favour of D’tigress but the Host rallied back to win the fourth quarter 18 to 12 but that was not enough to win the title .

Nigeria in 2017 defeated Senegal in the final of the tournament to emerge Champions.