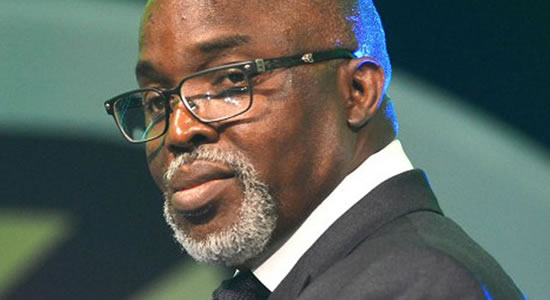 President of the Nigeria Football Federation (NFF), Amaju Pinnick and four others have been charged by the Federal Government with alleged mismanagement of the sum of $8,400 which belongs to the federation.
The charges were filed before a Federal High Court in Abuja yesterday the 7th of May, 2019 alleging that the money was paid to NFF by The Fédération Internationale de Football Association (FIFA) as appearance fee in the group stage of the Brazil 2014 World Cup.

Also, other defendants included in the suit include Sunusi Mohammed, the Secretary of NFF, Seyi Akinwunmi, the first (1st) and second (2nd) Vice Presidents of the Federation, Yusuff Fresh, an Executive member and one Shehu Dikko, respectively.

The 17-count charge was filed by the Special Presidential Investigation Panel for Recovery of Public Property (SPIRPP).

The defendants were also accused of failure and neglect to declare their assets to SPIRPP as well as “moving dishonestly and intentionally the sum of about N4bn” which belongs to the Federation.

Meanwhile, no date has been fixed for the hearing of the matter.

It can also be recalled that Pinnick tenure is full of alleged shady deals and has been battling with it since his assumption of office.